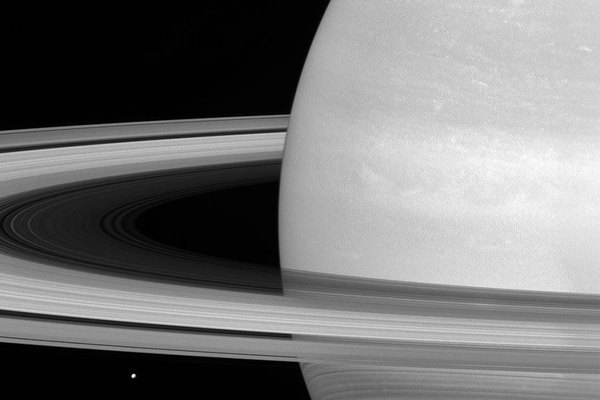 Scientists from Cornell University in Ithaca came to very interesting conclusions during the study of the rings of Saturn – in their opinion, the dust on the ice rings of the gas giant can tell about their age, and ring C is the most vivid example of this, as the dust is observed on it especially clearly .

Researchers are confident that Saturn’s Ring C is not as old as previously thought, since the amount of dust on it is not so great.

They came to such results during the study of microwave data from the passive radiometer of the Cassini spacecraft. It turned out that the rings are mostly made of ice, but a small part of them is not ice-covered material – dust, which, according to Jimeng Zhang, the author of the new study, is “the most valuable source of data on the age of the ring.”

It is believed that dust drifts through space and comes from outside the Kuiper belt, after which it settles on the rings of Saturn. The more dust the ring has collected, the older it is. Scientists are confident that the analysis of this dust can now indicate the exact age of the ring.

Analysis of the C-ring dust deposits indicated that it could be as little as 100 million years old, much less than previously thought. This study will be published on January 1, 2017, in the journal Icarus.