Combat Rail Missile With the advent of intercontinental ballistic missiles the question arose of providing survivability of launchers in the event of hostilities. IN The USSR launched missile launchers simply. Fortunately in Russia with her boundless open spaces have something to hide. But even in in a remote taiga corner, the launch shaft was covered with a powerful armored cap. Scouts, traitors, defectors, spy satellites – no one doubted that the location of the secret object once ceases to be a secret to the enemy. And then the idea came up: put missile systems on the railway platform, disguise them as civilian, and set off in endless rail traffic to the highways of the USSR. Let the Americans look for them! So there was a BZHRK – military railway missile system, our nuclear armored train. The idea was not new. The Nazis still tried to put their FAU-2 on railway platform. Thinking about it in the mid-50s, Yangel and Korolev. But the implementation of the project then turned out to be technically impossible. In the end 60s after the deployment of Pershing in Western Europe, the military back to this idea. In January 1969 a decision was made, and was an order was signed on the creation of the BZHRK. Mission Impossible? The task was architected. First of all, the existing the missile in size did not fit into a standard carriage. At start a rocket burns everything under it – how to avoid destruction launcher and deaths? No platform can stand on wheels during missile launch, will go off the rail. At the time of shooting you need to know not only the exact coordinates of the target, but also the points rocket launch. How to pinpoint your location stopped BZHRK? 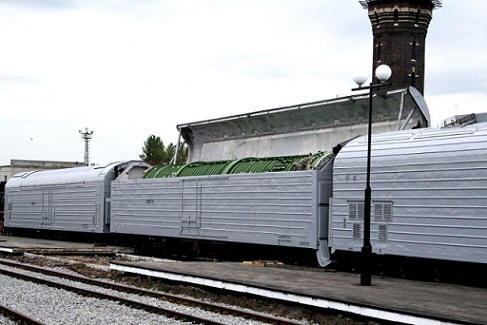 How to transport the complex? Normal wagon can withstand the load 25t. on the axis, but only a rocket weighs more than 100 tons, plus a launch installation, plus the weight of the car itself. And a whole bunch of technical puzzles. Moreover, the complex should not differ from ordinary cars, even the antenna of the radio station should not go outside. And not forget to ensure the accuracy of hitting the target – plus or minus 500m. The Americans also tried to create a BZHRK, but, faced with such number of technical problems, found the idea technically unrealizable and abandoned it. Mission is feasible not everything was smooth either. It’s enough to say that from the moment of adoption 18 years passed the decision to create before its implementation. For of the complex, a wagon was designed that was outwardly indistinguishable from the usual refrigerated truck and tractor disguised as a conventional diesel locomotive. Specially created rocket (“Scalpel”) at the time of launch rose into the air, deflected with the help of a powder charge, and only then did the marching engine turn on. (So ​​they solved the problem preservation of the launcher and maintenance crew.) BZHRK included: three launch vehicles, a tank with a reserve Fuels and lubricants, three locomotives and 7 life support cars of the complex (command post, food point, rest room). Was supposed full autonomy for 28 days. Three cars simulated passenger, the rest – refrigerators. In 1987, the rocket RT-23 complex “Molodets”, the result of work of 30 departments and almost 130 enterprises stood on alert. 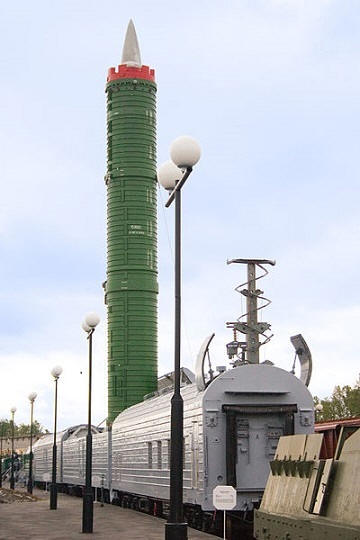 “Train Number Zero” By mid-1988, 5 were deployed regiments. Nothing outwardly different from conventional formulations, RT-23, developing a speed of up to 120 km / h, we raced along the railway of the country, passing in day up to 1,000 km. In the Ministry of Railways of the USSR, special forces were referred to as “train number zero. “He never stopped, a traffic light for him was always only green. The loss from the chart was considered as an emergency, stopping is like a war crime. Americans repeatedly tried to track the “elusive train”, but even finding it, right there lost among dozens of the same compounds. By 1991 already there were 12 complexes (36 launchers), summarized in 3 missile divisions. In the process of firing missiles, launched in Kostroma region, successfully hit the target in Kamchatka. 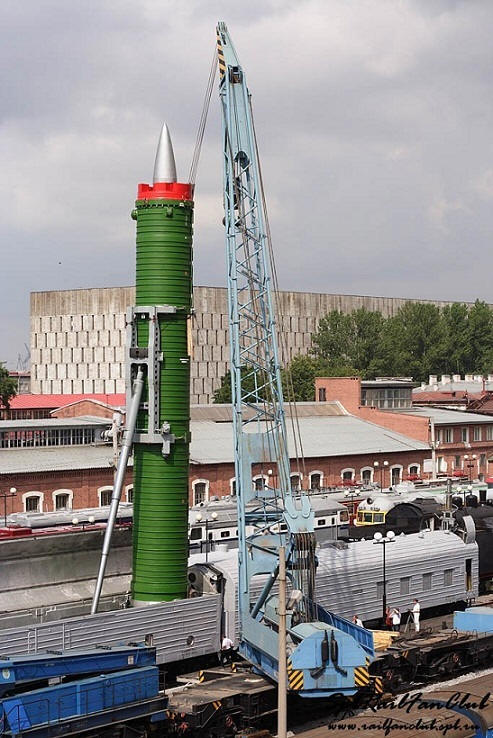 The destruction of the Americans “Well done” caused more horror, than Satan. According to all calculations, in case of war, destroy more than 10% BZHRK did not work in any way. It is not surprising that the removal of the RT-23 with on alert they sent considerable effort. In 1991, darling Gorbi introduced restrictions on the movement of the BZHRK, and in 1993, a fighter for Yeltsin signed a START-2 democracy envisaging the removal of armament and destruction of the RT-23. In Bryansk even mounted separate line for “cutting” “Well done.” Will take place resurrection? Today 2 demilitarized complexes are located in Museum of Railway Engineering in St. Petersburg and the Technical Museum in Togliatti. But where the rest are is a question. Are all of them cut or something left? Unclear rumors about the coming the resurrection of the BZHRK, but to ask questions to the commander of the Strategic Missile Forces, themselves See, it’s useless.