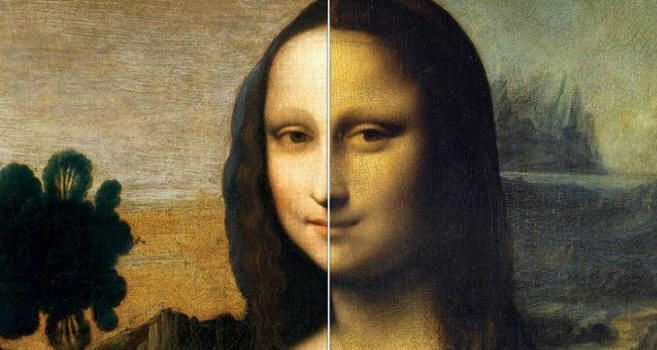 In any encyclopedia you will read that Leonardo da Vinci began write his famous Gioconda in 1503 and graduated in 1519. But many art historians question this. They believe that in In 1503, the master began to paint one portrait, and in 1519 he finished another, that for 16 years Leonardo painted 2 portraits. Version that Leonardo painted two portraits of Gioconda, was put forward in the XVI century. Long years, researchers of Loenardo’s creativity are looking for this very first Portrait of Mona Lisa. Employees of the Swiss Mona Lisa Foundation claim to have found.

Not quite a good copy

The story began before the First World War. Collector Englishman Hugh Blaker, in the county of Somerset was in the house of a local aristocrat. The owner enthusiastically showed the guest his house and collection of paintings. “And this is a copy of the famous Mona Lisa da Vinci. True, a not-so-good copy. “Blaker looked up in his mouth. it was dry: it was not a copy at all. The woman in the picture was 10-15 years younger than the beauties from the Louvre! 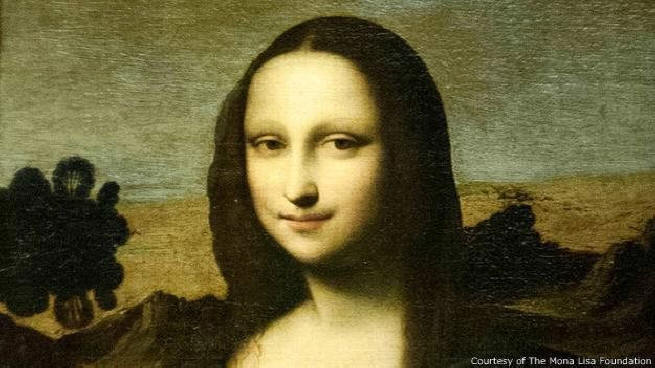 Trying not to betray his interest, Hugh persuaded the owner to sell him this “unsuccessful copy” of Leonardo’s painting. Blaker Of course, the history of the canvas was of interest, but here, alas, it was waiting for him disappointment. The only thing the owner could say was that the painting hit the house more than 100 years ago. Past picture so remained a mystery. Blaker took the purchase to his home in Iselworth, a suburb of London. So the “early Mona Lisa” became Iselworth. 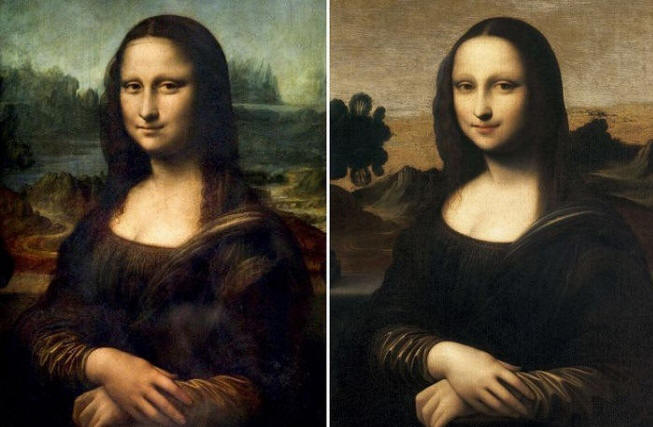 Over the following years, Mona Lisa Aizelworth changed its owners, in 1979 she migrated to the basement of one of Swiss banks and surfaced in 2008. Interested in painting Mona Lisa Research Foundation creativity of the great Leonardo. Open a new wizard work would be for them the greatest luck, and to find the very first portrait of the wife silk merchant from Florence … Well, you know.

The Swiss did not flog the fever, but turned to experts. IN over the course of several years, more than 35 examinations were conducted, with using the most modern technologies: the picture was shone through X-ray, infrared and ultraviolet rays, subjected to carbon analysis. Mathematicians and physicists worked. Historians and art historians have been digging a biography of Leonardo.

At the end of the survey, the fund received a 320-page monograph.

What was in the monograph

Physicists have confirmed that the picture was painted in the beginning to mid XVI century. The fanatic of mathematics Leonardo in his work is always adhered to the principle of the golden ratio. Is he observed in Monet Lisa Iselworth? ”Mathematicians said“ yes. ”Experts carried out Verdict: the picture was painted by a lefty (Leonardo was a lefty). Computer geniuses using the programs “rejuvenated” the Gioconda from the Louvre, guess what did she look like? Who said Mona Lisa Iselworth’s “can take a carrot from a shelf.

The overall result was outlined by John Asmus, a research physicist from University of California One Line: “With a 99% Probability we can say that both portraits were painted by the same person. ”

Art historians the option of creating an early version of the Mona Lisa is not deny. Leonardo began work on the portrait in 1503 and how believed to have continued it until his death. But as early as 1517 in his personal possession there was a finished portrait of a certain “Florentine ladies. “The version that in 1519 Leonardo painted another portrait, completely fits into his biography. It was quite natural in those years. Do we like to be photographed often? The picture is not photograph, but those who had the means sometimes ordered portraits of one and the same person with a break of several years. It fits in and the difference in age between the two ladies. If Mona Lisa Iselworth – a young girl with a clear, open and even naive look, then from the canvas from the Louvre, a calm, confident self looks at us female. The age difference is consistent with the years of creation masterpieces 1505 – 1519

Art historians from the Louvre, of course, did not convince the results. Indeed, it would be strange if the Paris Museum gave away part of the world Gioconda’s fame is nowhere to come from an “impostor”. While passions boil. Skeptics hid behind the last line of defense: this is a copy, written in the 16th century. And the fact that the woman on her is younger than the original – so this is because the copyist himself was a great original and so her drew!

But Mona Lisa Iselworth meanwhile travels the world and hundreds thousand people go to admire the “early Mona Lisa” and not require no evidence. And do not leave disappointed: the picture is really good. A masterpiece is a masterpiece whoever wrote it.