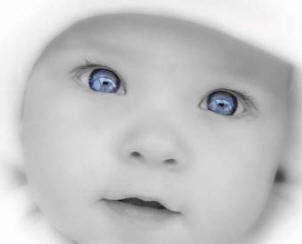 “Visual perception is the main source for a person environmental information in the cerebral cortex zone, perceiving and analyzing information coming through the eyes, significantly superior to the associative zones of other senses (hearing, smell, etc.). This indicates the leading role of vision. in energy information processes. Along with the main function visual perception of the environment the eyes perform very the important role of the body through which bilateral energy movement. Energy flows give a person constant sensory experiences stimulated by brain analyzers, producing energy metabolism with the habitat. The experiments have shown that normal mental activity is hindered or becomes impossible with the strict isolation of man. Established that to be alone only with your own self for a person not enough. ”

“The gates of the sun”

“Animals and humans urgently need novelty and continuous influx various irritations from the external environment. Curiosity just connected with the expectation of an influx of new sensual impressions, while boredom causes the desire to get rid of this monotonous state. Having fun means getting new and diverse experiences. In the mystical system of Gurdjieff highly assesses the role of visual impressions for full the life of the body. Pythagoras called his eyes the gates of the sun. The concept of energy emanating from the eyes first appears in Neoplatonists. So, in Albin, one of the students of Plato, it says: Having set luminiferous eyes on the face, the gods forced them restrain the fiery light contained in it, smoothness and density who related him, in their opinion, with daylight. This the inner light, pure and transparent, easily pours out through eyes in general, but especially lightly – through their middle. When faced like like with like, with light from the outside, it creates visual Feel.”

“The scientist B.B.Kazhinsky developed the theory that the eye is not only sees, but also radiates into space at the same time electromagnetic waves of a certain frequency. These waves are capable of distance to influence the person at whom it is directed gaze. They are able to influence behavior, induce certain thoughts, actions, emotions. Sources of radiation recognized retina sticks, and cones are the receivers of vibrations. In view of extremely small sticks as original antennas it was assumed that the upper boundary of the waves extends far into side of the infrared rays of the spectrum. Established that the flow of energy from the human eye in the form of an energy-informational effect – a beam vision – affects both living creatures (humans, animals) and on the field structure (biofield) of the adjacent space. ”

“The mirror of one’s heart”

“The eyes, as they say, are a mirror of the soul, that is, a mirror of personality person. Eyes can calm or scare another person, can attract or push away, caress or hit, please or upset. Normal flow or line of sight from the right eye comes out and enters the left eye. People who communicate have streams merge together, forming a continuous information circle, in where information circulates freely from one person to to another. The longer the rays coming from the eyes, the more the person is more open to communication. The secretive person informative streams are almost completely removed inside. Psychics have long noticed that some people with completely safe vision, in the energy sense, the eyes are closed, that is, they do not emit a tangible energy flow outside – and therefore do not receive it in the form of a counter feed stream. Man playing foul play trying trick will be characterized by small and constantly changing directivity by informative streams. ”

“In a thief, both streams go inside the body. Therefore, his gaze makes a somewhat strange impression (something is wrong), despite to all the usual characteristics. The killer has both streams continuously outward. This view usually affects another of man is terrifying, just like a predator’s look at his future sacrifice. (A person’s gaze may be any of the options but they have, as a rule, a fleeting character. The above the characteristics of these types of people can be constant.) It is known that some predatory animals, snakes and fish possess ability to influence with his eyes on the victim, which numb and becomes the prey of a predator. ”

Not too rare are people whose eyes produce special mental impact. They claim that this view was Ivan the Terrible. Most people under the gaze of a ruler instantly timid, bowed their heads and did not look at him, frozen in place. Only a few close ones could withstand the king’s gaze. Thomas Aquinas was convinced that the look of evil, envious people destructive and damaging.

“A good eye is rare. There is an evil eye in every house, – says a proverb, and not without reason. In numerous myths and legends, in religious texts there are direct indications of the ability of the human gaze to influence the condition of people and animals. A typical example of such energy-visual impact is the influence of the evil eye – so called the evil eye. The desire to protect oneself from the evil eye made pay attention to the owners of an unkind look. Different peoples signs of this kind of people were different. Centuries old national experience has accumulated many ways to prevent evil eyes, from the effects of an evil look. And the main enclosing the moment was the desire to avoid anyone’s envy. Based of these considerations, watchful parents tried to have their child did not stand out among peers and did not attract with his appearance the attention of others. ”