Humans are unique creatures on this planet, however human development is still a mystery to modern science. There are many questions regarding the emergence and development of people. – here are the 10 main mysteries of evolution: 1. Why does man have big brain? A photo from open sources, brain size allowed us to get huge advantage in the world. Moreover, it is the most “expensive” organ, because, occupying only 2-3% of body weight, it consumes one fifth of all energy. About 2 million years ago, none of our ancestors did not have a larger brain than a monkey. So what was the impetus for increasing its size? One of the assumptions is improving the brain helped improve tools. Other the hypothesis is that a larger brain helped us better interact with each other. Likely radical changes the environment also influenced its size, forcing a person adapt to new conditions of life. 2. Why do people go to two legs? A photo from open sources Our ancestors became upright long before of how the size of the brain increased and tools appeared. Question: why walk on two legs when monkey relatives continue use four limbs? It turns out walking on two legs consume much less energy than four. Also hands free helped carry food. 3. What happened to ours by hair?

A photo from open sources We are significantly less hairy than ours relatives are primates. Why? One suggestion is that lower hairiness allowed to maintain normal body temperature while in the hot savannahs of Africa. Another argues that exemption from the “fur coat” allowed the problem of parasites and certain diseases. Controversial is the assumption that less “fur” allows a person it is better to swim, as many waterfowl have a thick a fur coat. 4. Why did our next of kin die out? A photo from open sources About 24 thousand years ago, our species, homo sapiens, was not the only one on the planet – coming relatives, Neanderthals, were still alive. So-called the “hobbit” found in Indonesia may also have been a member of the genus homo and disappeared about 12 thousand years ago. Why did they die out, and we continue to live? Perhaps they were destroyed by infections and radical changes in the ecosystem? Or our species has outlived them in the course of the natural selection? 5. Does human evolution accelerate?

A photo from open sources, human evolution has not only not ended, but also significantly accelerated – after the emergence and development of rural economy, it happens 100 times faster. Human organism really continues to change. The question is – why? Perhaps the characteristics of nutrition and the environment, as well as disease and lifestyle of modern people contribute to changing our genes. 6. Who are the hobbits? A photo from open sources Are the “hobbits” – miniature skeletons, found on the Indonesian island of Flores in 2003 – on the really extinct kind of man? Can we call him homo floresque “? Or maybe these skeletons are just deformed the remains of homo sapiens? Maybe this species has not died out and lives today as a separate genus of chimpanzees? 7. Why modern mankind came out from Africa 50 thousand years ago? A photo from open sources About 50 thousand years ago, people became to migrate outside of Africa, colonizing all kinds of territories, except Antarctica, reaching even the most remote Pacific islands. Some scholars believe that migration was associated with brain development due to mutation. A more popular theory is that that the number of people has reached a critical figure and humanity I had to look for a new “housing”. 8. Have we had sex with Neanderthals?

A photo from open sources Have modern people crossed with Neanderthals? Do we have extinct genes? Scientists suggest that Neanderthals did not die out, but were swallowed by the species modern man. 9. Who was the first hominid?

Scientists seek to find the earliest human ancestor to find out the reference point of our evolution and trace the patterns human development. However, such has not yet been found. 10 where it came from modern man? 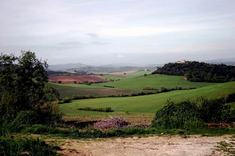 The most controversial issue in the field of human evolution. There is a theory that the first people appeared in Africa and later spread around the world. The multiregional hypothesis claims that people evolved in many different parts of the planet, and it is crossbreeding people from different regions led to evolution modern man.