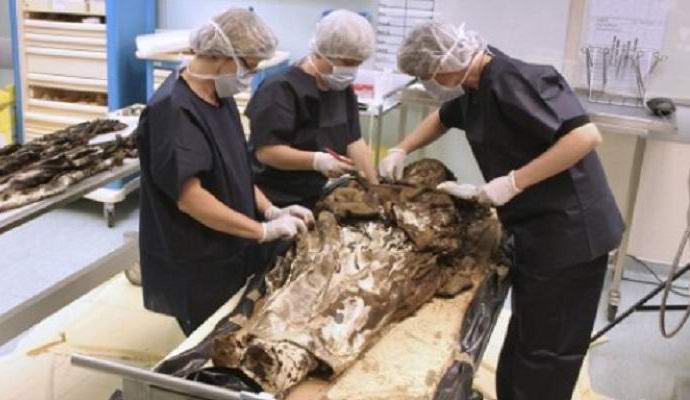 Photos from open sources on the Yamal Peninsula in the north of Western Siberia – were mummified remains of a boy who at the time death was about six to seven years. Scientists have discovered in the archaeological complex “Zeleny Yar” two burial grounds, in one of which was the mummy of the child. Find age is about seven hundred years.

The author of the discovery, Alexander Gusev, told reporters that burials of medieval Siberians were opened many times, but This case is truly unique. All other graves were looted some time after the burial, however, the boy’s grave was completely untouched. Probably, the barbarians did not notice her, so the baby’s body is beautiful preserved. 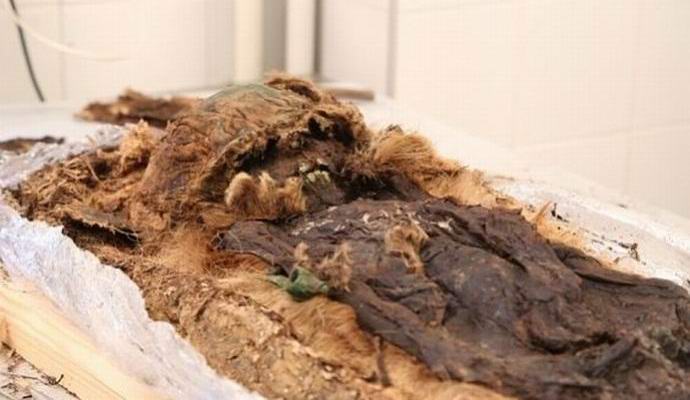 It is reported that a cocoon with a mummy lay in the ground at a depth of no more sixty centimeters. The body was covered with birch bark and deer fur, which saved the mummy. The chest, abdomen, hips and face of the child were covered with pieces of copper, presumably cut off from the boiler for cooking food. The metal plates were fastened with straps of skin. Archaeologists believe that people who lived here seven centuries ago, believed that after death a person goes to another world, and the bridge between the worlds is a huge cauldron. Copper attached to bodies of dead people for ritual purposes.

Scientists point to another very interesting detail. The birch bark cocoon was provided with stiffeners, while they were made by teeth. This means that the ancient Siberians first soaked birch bark, then chewed it. Similar medieval methods allowed to make very resistant to frost and time material – this is another reason why the cocoon is well preserved to the present day.

It is still unknown what family the boy came from and why he died, but domestic scientists are already looking for answers to these questions.