According to the Spanish-language website lacajadepandora.eu, several days ago in Mexico, in the state of Jalisco during excavation was found figurine depicting a strange creature. The site is uniquely calls him a reptiloid.

The figure with its elongated skull most resembles Alien alien from the horror movie of the same name. 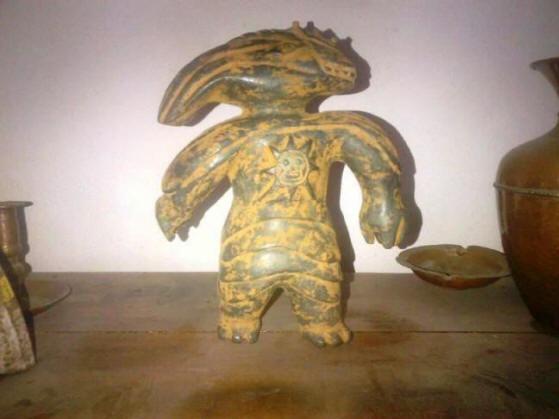 It is reported that according to archaeologists, the artifact is at least 6 thousand years, and the material from which it is made can not determine such archaeologists have not yet met. The creature depicted has a symbol sun and it looks like he has clothes on. 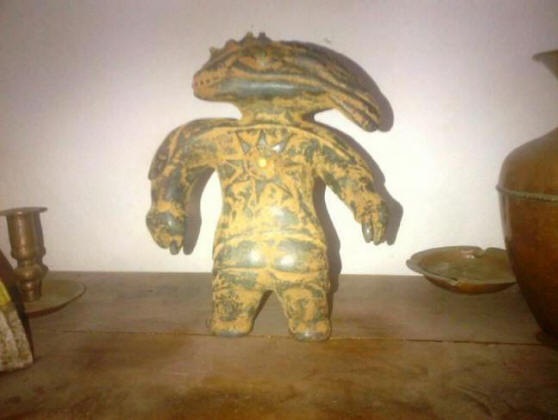 Journalists admit that they have few reasons to trust this information received from a source named Carlos Antonio, for which they have quite a bit of data. But they spread photo of the figurine with the goal that maybe someone will recognize the figurine and can give more material on it.

Then the journalists tried to carry out their own investigation and found on one of the sites similar zoomorphic figurines really found by archaeologists in the same region, as a “stranger.” 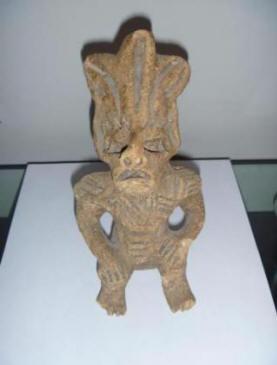 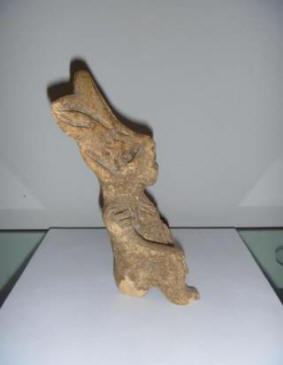 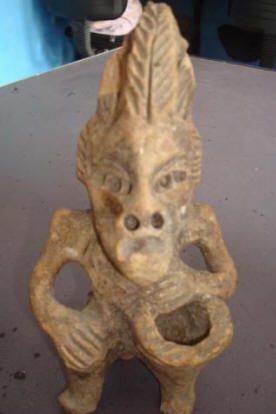 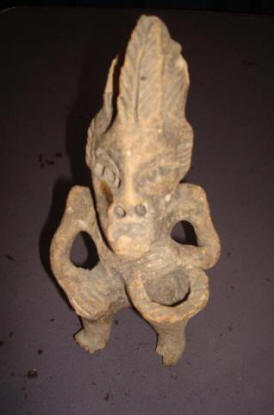 With the naked eye it is noticeable that they differ in material and stylistics from the first figure, but it is possible that they are made in different time periods and they also portray strange, similar to reptilian creatures.