Researchers found that artisans who lived 2,000 years back, used some ancient technology of applying thin a film of metals on statues and other objects that surpasses today’s standards for the production of DVDs, solar panels, electronic devices and other items.

This is an extraordinary discovery published in the journal Accounts of Chemical Research, “indicates a high level of competency artisans of this ancient period who were able to produce objects of such quality that could not be surpassed in those times that modern technology has not yet reached, “they write scientists from the american chemical society led by Gabriel Maria Ingo who made this discovery. 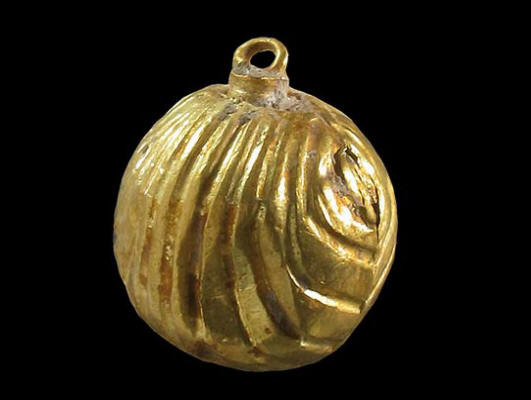 Gilding and silvering are long-known processes, at the heart of which is the use of mercury, and used in ancient times to cover items such as jewelry, statues and amulets in thin layers of gold or silver. Although they are most often used to decorate, sometimes they were used with fraudulent purposes to give the appearance of gold or silver less valuable metals.

From a technological point of view, the ancient masters 2,000 years ago in some unknown way managed to make these metal coverings are incredibly thin, close-fitting and receiving any form that allowed to save precious metals and improved their longevity – and our modern technology cannot yet achieve this level of excellence.

Obviously, without any knowledge of chemical-physical processes, ancient masters systematically manipulated metals for getting extraordinary results. They developed a whole set techniques involving the use of mercury as an adhesive for coating objects with thin films of precious metals.

This discovery suggests that in ancient times, some in an unknown way, people had an extremely high understanding advanced technological concepts and processes, which so far it is impossible to explain with the level of data that we have.

Another example of ancient technology is the famous 2000 Year Antikythera Mechanism – Metal a device consisting of a complex combination of gears, which, according to researchers used to calculate positions celestial bodies. And also the Baghdad battery – clay a pot containing a copper cylinder with an iron rod in center, which seems to be an early form electric battery.

The level of technological sophistication in this case is astounding. for a period of two thousand years ago, and raises many questions about where and how it came to the people of that time knowledge.