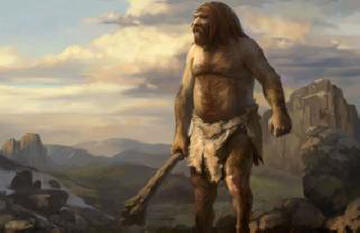 Photos from open sources In Crimea, discuss an amazing find, which could be a worldwide sensation. Neanderthal Tooth Age about 80 thousand years discovered by Crimean archaeologists in the parking lot Zaskalnaya-5 in the Belogorsky district of the ARC. As told “Today” Director of the Crimean branch of the Institute of Archeology and corresponding member of NAS of Ukraine Viktor Chabay, similar findings are unique. “Bone remains of ancient people are very rare. And not only in Crimea, but throughout the world. This tooth is more expensive than any gold and silver is of great importance to science and will become one of the oldest anthropological finds on the territory Eastern Europe, – he explained. – In addition, it is of interest also a mammoth bone with a kind of ornament that may testify to some rudiments of primitive art of the same Neanderthals. “Also Chabay noted that he led international Crimean paleolithic expedition that works for about 20 years, has been researching one of the fundamental tasks of science – the appearance of man of a modern anthropological view on European territory and its proximity to Neanderthals. In Crimea, by According to the archaeologist, traces of the intersection of Neanderthals with sapiens.