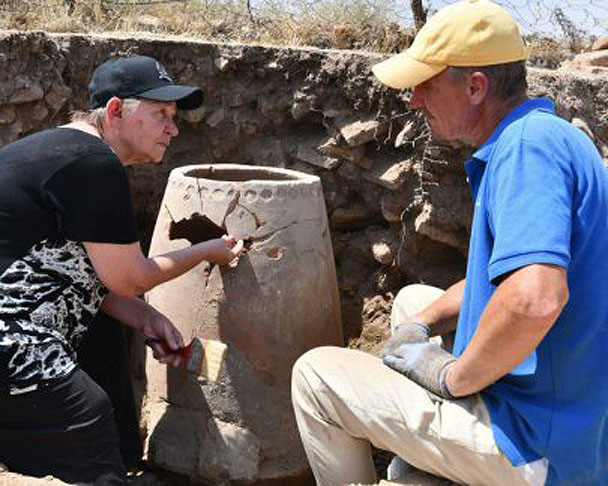 In the ruins of the ancient settlement Khulbuk (Tajikistan), scientists found an ancient water purifier, which dates back to the 9th-10th centuries A.D. – times reign of the Samanids dynasty. Archaeologists are sure that in those days in Hulbuque had a real water supply network, intended for water purification.

Hulbuk is an entire archaeological complex, which includes the ruler’s palace, a medieval fortress and various fragments of the settlement.

In the early Middle Ages, Hulbuk was a separate an independent state. Later it was part of others empires. In the IX-XII centuries, Hulbuk was the regional center of Huttal, part of the state of the Ghaznavids. In addition, in the settlement the palace, the citadel and the ruins of ancient buildings have been preserved.

Earlier in the fortress Karon (eastern Tajikistan) was discovered ancient observatory. Karon, who is about 4000 years old, was found Tajik archaeologists in 2012. Settlement with an area of ​​100 ha located at an altitude of 2000 meters above sea level.

Earlier, ESOREITER talked about the oldest Iranian water supply, which still functions and is used by the forty thousandth by the population.