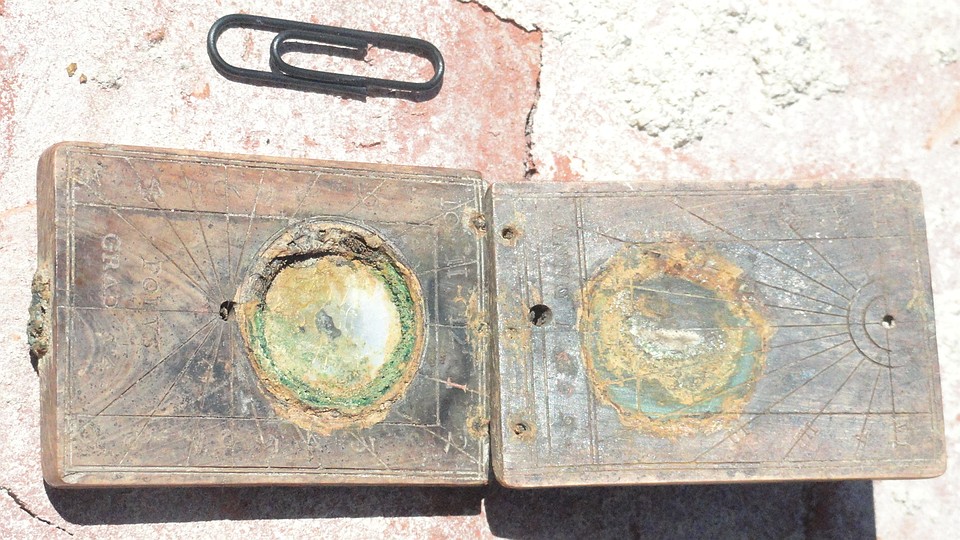 We all heard about sundials in general terms. imagine what it is. It’s practically a rod or a steal stuck in the ground around which the dial is drawn, remotely similar to modern, where the shadow from set rod.

However, archaeologists found a sundial in Kaliningrad sixteenth century, the owner of which carried them in his pocket, and at Necessity could verify how much time at one time or another.

The device is made of bone, it has an inside lid vertical dial with roman numerals and the bottom of its date manufacture – 1599. On the outside of the cover is a magnetic compass and the horizontal dial is already with Arabic numerals. On the case there is a hole for attaching the string, which created the shadow, necessary to determine the exact time.

Employees at Baltspetsarcheologiya who discovered this unique device at the construction site of a residential building, believe that only a very competent person could use such a watch a man, a scientist of that time, for example, a university professor Albertina.

This is very expensive, says the director of the organization, Eugene Kalashnikov, and a very rare thing, why discover it almost in safe and sound today is a great success for archaeologists.

It should be noted that the device is designed only for a certain latitude, that is, the exact time could show from modern Kaliningrad region and to the Polish city of Malbork.