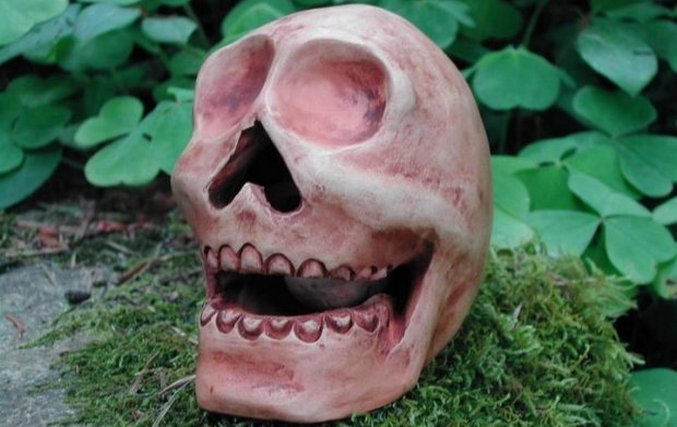 Made in the form of an unpleasant skull, this, roughly speaking, Aztec musical instrument is more like some kind of a ritual object than a pipe.

However, he was called accordingly – the whistle of death. Such the creepy whistle was used by the most ancient people of America and in time of funerals, holidays of veneration of ancestors, and during the military action.

Especially interesting is the use of such terrible whistle during the war. Imagine how a large army the Aztec “flows in waves” at the enemy and blows into this horn of death! The picture is really not for the faint of heart. If you also consider that this “cute whistle” produces a sound very similar to a scream a wounded monster from a modern horror movie, you can to understand what horror the Aztecs brought to the enemy by their own approximation.