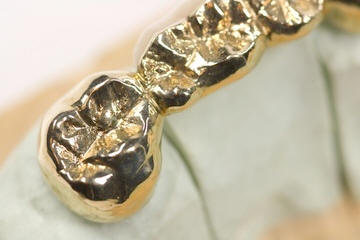 Archaeologists unearthed a dental implant in a grave whose age dates back to the 3rd century BC, on the territory of La Chen (modern France). Perhaps the ancient Celts with implants restored chewing function of the jaw, and possibly simply indifferent to brilliant dental jewelry /esoreiter.ru/. An implant-decorative tooth was found in the mouth of a skeleton found at the place of the Celtic burial. French archaeologist Guillaume Seguin suggests that since the false tooth was located near maxillary incisor, which is one of the most visible teeth when you speak or when you smile, the purpose of the implant there was an aesthetic improvement in the smile of the owner. Ancient teeth In studies of ancient practices of artificial replacement of lost teeth there is nothing new. Scientists previously described found in Algeria 7000-year-old skull with dental implants made of bone. Yet one famous ancient skull with incisors inserted belongs Egyptian 5500-year-old skeleton – there the implants were made from calcite, and inserted after the death of the owner. Probably, such an unusual implantation occurred due to the faith of the ancients Egyptians in the afterlife. The Egyptians thought they would use their bodies after death, so maybe some of them they wanted to start a “new life” with full equipment. Celtic burial Discovered in a Celtic burial the dental implant belonged to a woman whose approximate age at the time of death ranged from 20 to 30 years. Her body was decorated bronze ribbon, bracelet, ring and brooch. Also in the grave there was a pair of iron scissors, as well as coral and amber necklaces. These findings suggest that during life a woman belonged to the Celtic elite although its skeleton is pretty bad preserved, her teeth were in good condition. In the mouth of the skeleton near the central maxillary incisor was found a small iron pin. It was used as part of a dental implant, which was either inserted into the root canal or into the nest a tooth. Both of these procedures are quite painful, therefore it became interesting to experts for what purpose the woman exposed herself obsequious operation. Although her skeleton did not retain signs of injury, experts suggested that she lost a tooth as a result fall. The implant was made of gold. Scientists suggest that the choice of material was the result of a fashion for decorative gold teeth Etruscan elite with whom the ancient Celts came into contact thanks development of trade routes. But when a woman got a golden the implant, before or after death, remains a mystery.