In the 8th century, one of the largest and mysterious wells in the world. There is a strange building in The small town of Abaneri, in the Indian state of Rajasthan. Local residents call it Chand Baori. This is one of the deepest stepped wells in India. Today’s researchers never decided why such a complex stone was built it’s a construction, because it’s easier to get water from the depths, and Chand Baori looks more like a palace than a well. It has the shape of a square and is surrounded by compound terraces, with an entrance on the north side. From the south, east and west side on each tier has double rows of steps. On the north side steps lead to multi-story pavilions at the rear facilities. In two special niches you can find images of the goddess Durga and god ganesha. And according to fragments of preserved sculptures and frescoes, covering walls and arches of galleries, it can be assumed that the main patron of Chand Baori is the god Vishnu. The giant stone funnel of this masterpiece of architecture consists of 13 tiers connected by 3,500 stone steps. There are versions that such a design helped to collect rainwater into the well, and on stone terraces and steps, locals took refuge in hot days, because the air temperature in the well is always 5-6 degrees lower than on the surface. Legend has it that Chand Baori was built in one night by a Raja by named Chand, the demon Rajput of the Chahman dynasty, who ruled the ancient city of Abbha-Nagari (or Abaneri) in VTII — IX centuries A.D. Is it so? Looking at this structure, it’s hard to get rid of the thought, that without the intervention of higher forces there could not have done. Or maybe this is one from the mysterious pyramids scattered around our planet? Simply turned inside out and thus hidden from the descendants of the ancient powerful civilization. Who knows… 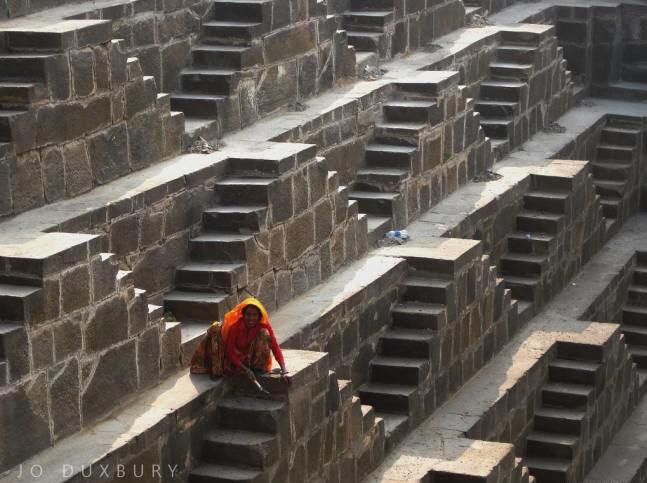 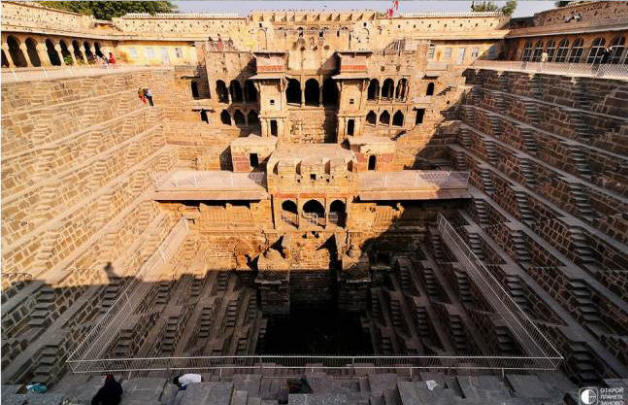