Volga diggers found on the shore of a reservoir in the area Oaks are weird little moves.

A company of lovers to explore caves and dungeons from Volzhsky came to the shore of the Volgograd Sea simply relax. The attention of young people was attracted by an unusual, clearly man-made tunnel, discovered after a fresh landslide on shore. 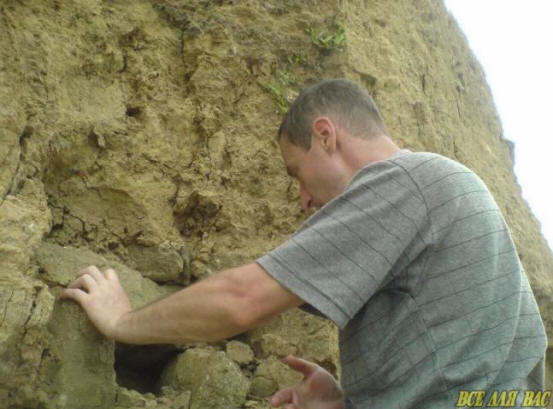 – On the right bank of the Volga, we found an amazing underground passage with square section, – said digger Maxim Kucherov. – On the ordinary view, but the dimensions are very small, 20 centimeters high and 30 is wide. Neither the adult nor the child could climb there would. At the same time, in the clay cliff, the course was composed of quartz slabs sandstone. So this move just could not be ravine. 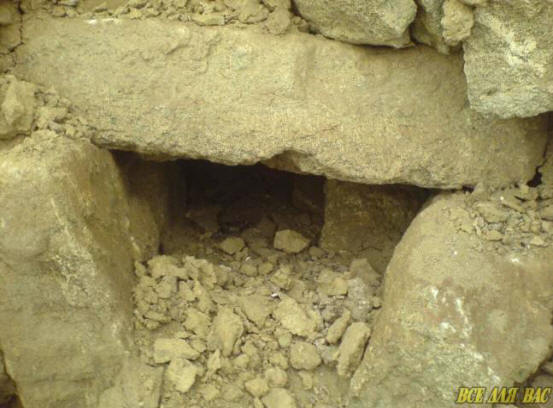 The purpose of this mysterious move to researchers from Volzhsky remained incomprehensible. What is it? If ventilation, then it should be vertical. If the sewer run of the ancients Tatar-Mongols, who, according to the latest archaeological According to data, 700 years ago there was already a sewerage and water supply from clay pipes, then why was it so deep: at a depth five meters from the surface of the earth?

Diggers shone a flashlight into the tunnel: the move goes far, lost in the dark. They stuck a long stick there: nothing rests.

Then they decided to return to a strange find in next time. During the second expedition they put webcam mounted on a plastic six-meter fishing rod. By connecting the device to a laptop, Volga diggers managed to look at what is inside the tunnel. how it turned out that the tunnel was forking. And its length is not six meters, but a lot more. 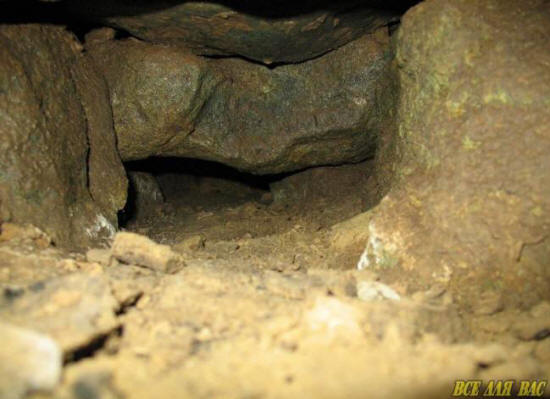 On the screen shots received from the camera, young people managed make out something like an animal’s skull. Maxim Kucherov suggested that this is the skull of an ancient amphibian. Volzhsky Researcher of anomalous phenomena Gennady Belimov, who diggers showed a video and a photo, he immediately guessed that Volzhians discovered a corridor leading to the city of gnomes. However themselves diggers tend to think that they have not yet explored archaeologists underground chimney system in place Beljamena. 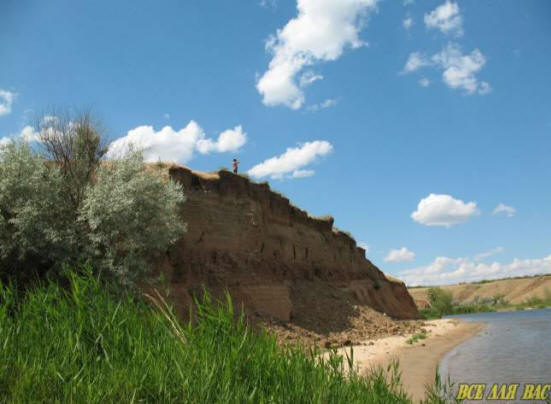 Near Dubovka there is Vodyanskoe settlement – unique archaeological site of the Golden Horde era. The hillfort dates from XIV century. Once upon a time there was an ancient Tatar city Beljamen. According to legend, the ghost of the Black Tatars lives here. Her cursed Tamerlane during the conquest of the city. He killed the woman’s children and condemned the unfortunate to their eternal search.

There was the so-called “city of dugouts” in Beljamen. Judging by finds of archaeologists, Russian captives lived in these dugouts – masters exported by the Tatar-Mongols from Ryazan, Suzdal and others conquered Russian cities. On the site of dugouts still find Ancient pectoral crosses and icons.