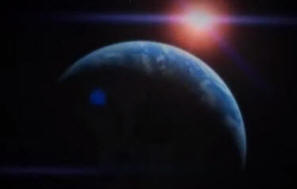 What if billions of years ago, “someone” in an infinite space – set up a grand experiment: Planets were created with identical starting conditions, composition of the atmosphere, structure the soil. At the same time they were inhabited by the same set of living creatures that were endowed with reason and soul … But what happened to those civilizations that inhabited other Planets why humanity never met them, have they disappeared or are those – tough conditions of an experiment called “Earth …” We living today – absolutely convinced that everything in our life comes from simple to difficult: “from a monkey to a man, from a stone ax to computer and not vice versa. “However, new discoveries – indicate that such a view of development human civilization “to say the least” – do not correspond reality and here is the first proof: official science believes that the universe appeared 13 billion years ago in the result of the big bang. From billions of particles formed: Galaxies, Stars, Planets, space and time. Land formed from the solar nebula about 4.5 billion years back. For a long time the Earth was – a cold lifeless body, but about 3.5 billion years ago on Earth – life was born. Thousands years dominated the planet – prehistoric monsters and only 30 000 years ago – “the era of man has come …” All these are postulates official science, however recent discoveries give scientists a basis to assume that our understanding of the origin of the universe and life on Earth – far from the truth.