This is the headpiece of a tiara about 50 thousand years old. True, only a fragment remained of it, however, scientists easily restored on it and the thing itself, and even determined who could wear such a diadem – only men, since obtained in the course of calculations the size of the tiara is relatively large, just for the male head … 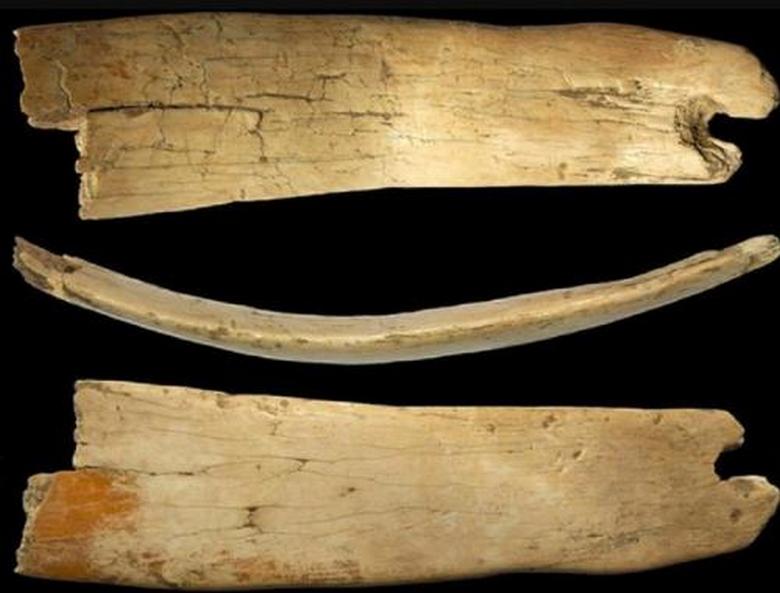 The tiara was made from mammoth tusks hunted in then the people of the so-called Denisov (Altai) branch of humanity (named for the cave where the fragment was found the bones of the oldest man in Siberia, who, judging by the DNA, was neither Neanderthal nor Homo sapiens). New find in Altai in Denisovskaya cave was made this summer, however, more detailed information about it to the general public interested archeology and history (especially the true history of Russia), scientists provided just now. 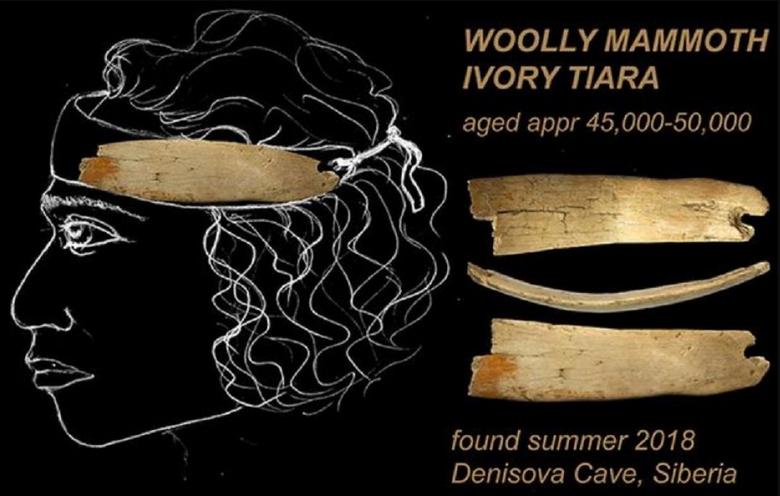 Here is what one of the participants in this study says about this. A. Fedorchenko from the Novosibirsk Institute of Archeology:

The find, of course, is very interesting, apparently Denisovans used this diadem as a retention long hair so that they do not fall into the eyes and do not interfere with them hunt. Marks on the product indicate that the item It was operated for a relatively long time, it is well worn and, apparently, at one time it was already thrown out (left in a cave), as unnecessary. This is the oldest tiara of its kind in the world. Of course her it’s hard to compare even outwardly with an amazing bracelet of the same Denisov cave, made of amazing in its the beauty of green chlorite, decorated with beads from ostrich eggs and with a graceful needle (see photo below), but also today’s find is simply unique. 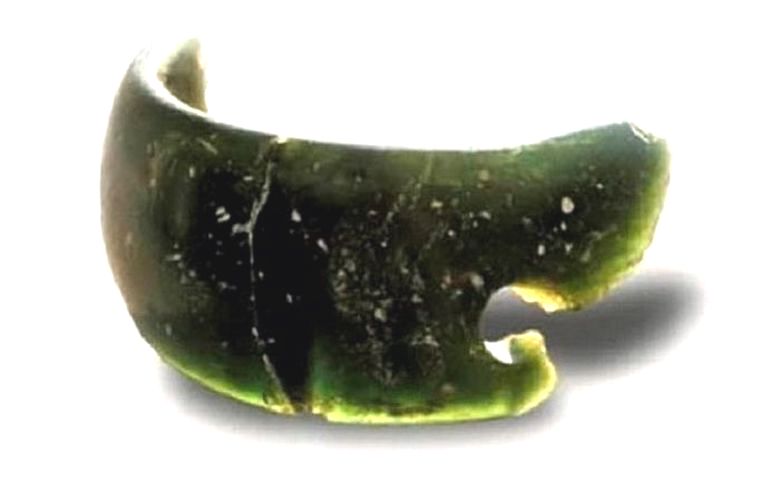 Russian archaeologists, of course, have previously found in Siberia similar diadem, in particular, in Yakutia near the Yana River, but all those the finds were much younger than today – 20-25 thousand years from strength. Novosibirsk scientists are sure that the Denisovans who lived in Altai about 100 – 30 thousand years ago, were not just people reasonable, but also possessed quite advanced technologies processing of natural materials, including bones. Judging by everything, they knew how to soften the same mammoth tusks somehow, making them plastic. In addition, the Denisovans were famous for their magnificent grinding, polishing, drilling (for example, in a green bracelet chlorite, made 50 thousand years ago, has a hole in only 8 millimeters made so skillfully that it is commensurate with modern stone processing technologies) and other tricks in work with improvised materials.

By the way, despite the fact that the Denisovans died out tens of thousands of years ago, their DNA was found in modern people, for example, in Aboriginal Australia, Papua New Guinea that talks about intensive migration of people at that distant time. Even more interesting is a fact described this year in the journal Nature, which says that in the Denisovo cave recently discovered a fragment of the bone of a child who lived about 90 thousand years ago. So here according to DNA, scientists determined that it was a girl, and sexual product of Denisov’s man and Neanderthal women…