We are used to the gains of civilization. Nothing seems to be surprising when you click the switch, and the light comes on; you press the button – and you substitute your face under the cool breeze, generated by fan blades; stick the plug into the outlet, and the iron in a matter of seconds heats up to the desired temperature. Hard imagine that in ancient times people did not know electricity. Or maybe perhaps they still knew him? ..

Millions of years ago, a giant hat hung over Europe glacier, and the climate was completely different. The vegetation was somewhat reminiscent of modern taiga with a variety of conifers. Under the scorching relic fir trees densely flowed with the sun, broken by storms, and pine trees. Over time, resinous secretions acquired stone hardness. So amazing amber was born. Out of it millennia jewelry and amulets were already made back. History has not retained name an unknown shepherd accidentally rubbing a petrified resin on a sheep the skin. There was a slight crackle and the wool got up on end…

Millennia have passed, and the ancient Greek philosopher Thales Miletus purposefully set various experiments with “electron”, which in Greek means “amber”. We know about these unpretentious experiments are not too many. More or less known that the philosopher made various figures from amber – sticks, plates, balls and cubes, which are then rubbed with all sorts of fabrics, skins and wool.

So he explored the “kinship” of objects and materials and “divine power of the electron.” For a long time it was believed that it was the only (apart from lightning) person’s acquaintance with electricity, but the story loves to surprise.

Once in 1936 during the construction of the southeast section of the Baghdad railway, workers stumbled upon ancient Parthian tomb. In it were found clay yellow-brown vessels two thousand years ago. Inside there were sheets of copper rolled into a cylinder corroded by corrosion iron rods and bits of bitumen – natural asphalt. Seem to be, that bitumen covered the upper and lower parts of the copper cylinder, inside which placed an iron rod. 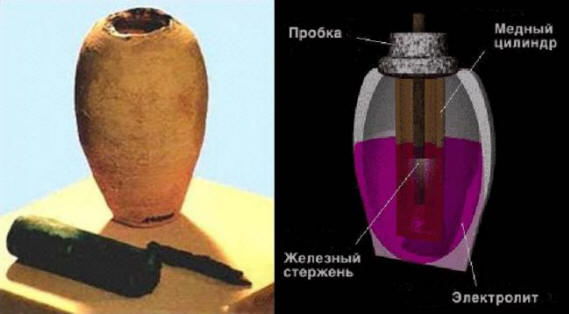 Bituminous sealant and traces of corrosion suggest that in there was some caustic liquid in the vessels, for example wine vinegar. So maybe we have a real battery? I thought so Director of the National Museum of Iraq Wilhelm Koenig. This prominent the archaeologist has come to the sensational conclusion that the contents The vessels are very reminiscent of galvanic cells.

However, most archaeologists are sure that they are simply faced with ordinary cases for storing papyrus scrolls, because similar artifacts were found near the city of Seleucia on the Tigris and the capital of the Parthian kingdom of Ctesiphon. There in the “Seleucian vases” found a scroll of papyrus and twisted sheets of bronze, more resembling a case for folded sheets of papyrus.

In the “Seleucian vases” sacred scrolls from parchment or papyrus on which some rituals were written texts. When decomposed, organic acids could be released, corroding copper and iron, which explains the signs of corrosion on internal metal parts. At the same time, bitumen sealant ” allowed to store the contents of the jug for a long time.

The sensationalism of the possible use of “Seleucian vases”, despite the objections of academic scientists, caused a wave of interest to electrical artifacts. Mystery research enthusiasts ancient Egyptian “temple science” Peter Crassus and Reinhard Habek even wrote the book “The Light of the Pharaohs”, where they considered the issue use of electricity in ancient times. 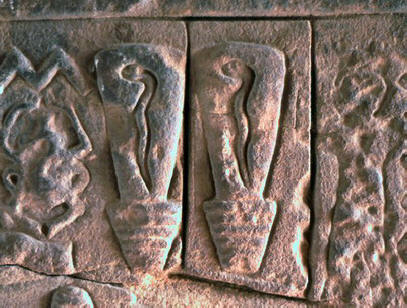 They suggested that the “temple scholars” included in the priestly caste, knew how to make some “Jed-pillars”, one of the components power supply systems. The authors also argue that during excavation pyramids were found models of all kinds of “spotlights” with copper wires. 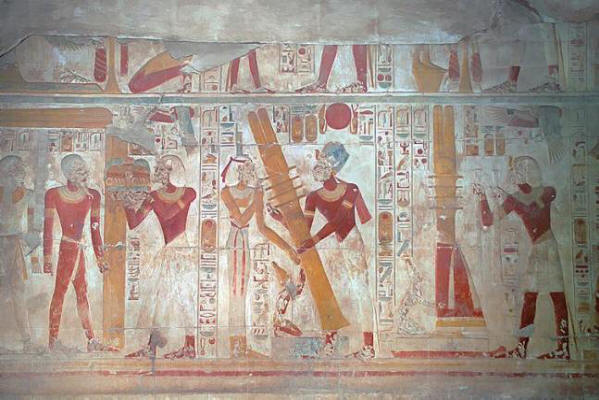 The findings of the researchers of the “Egyptian light” are based on unusual Temple Ancient Egyptian Frescoes. First of all, they stand out here mysterious bas-reliefs of the underground temple of Dendera. In one of strange stone cameras depicted human figures next to certain objects that have the shape of a bulb.

These flasks, or bubbles, are very much like giant electric bulbs with fancy wriggling snakes inside. Serpent heads crowned lotus flowers, somewhat reminiscent of lamp holders. Something similar to a cable connected to a box close to the symbol of power is the “jed pillar”, also bonded to snakes. 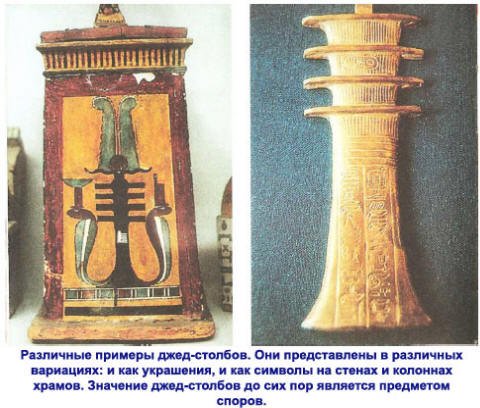 True, a significant dose of fantasy is needed to present the servants of the pharaoh holding in their hands some mysterious apparatus, reminiscent of lamps or even spotlights, wired to near vessels-accumulators.

There are critical reasons, because the image is accompanied only hieroglyphs of some religious hymn dedicated to the sun god – Ra. This allowed Egyptologists to drop all informal hypotheses and confidently explain pictograms depicting a temple mystery with the heavenly boat of the sun god Ra. According to the beliefs of the Egyptians, the sun every day dies in the evening and rises at dawn. Here him symbolizes the snake, which, as was believed in the land of the pharaohs, reborn whenever it sheds skin. 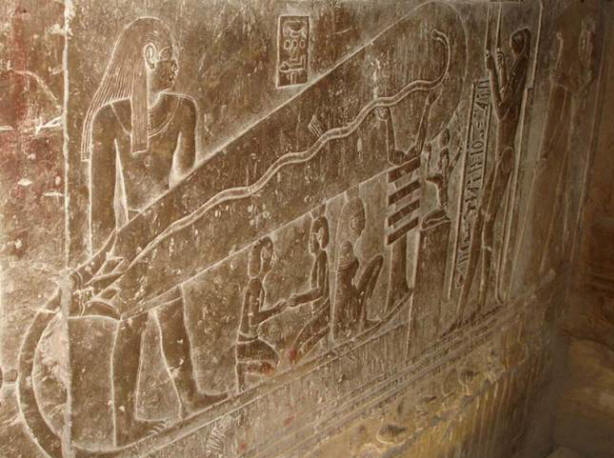 Incidentally, the German physicist Frank Derenburg calculated the parameters batteries according to the “Baghdad version”, and it turned out that similar the design for lighting Egyptian dungeons should weigh tens, or even hundreds of tons. Which is clearly contrary to sound meaning.

On the way to a solution – “live batteries”

The mystery of the “Baghdad batteries” and “Egyptian electricity” can be solved in an unexpected way. Ancient medicine historians paradoxical methods of treatment with … “animal electricity.” In principle, there is nothing unusual here, after all, some representatives of the Nile electric catfish really capable of striking with 400 volt pulses at ampere current, which is very essential for modern electromedicines.

There are descriptions of European ethnographers of the 18th century that the same Abyssinians in an unusual way and very successfully used “electroshock therapy”. During severe marsh attacks fever they tightly tied the patient to a wooden platform, doused it with brine brine (water of salt lakes.) and touched his navel is a live electric catfish wrapped in dry papyrus. Electric shocks followed until a febrile seizure did not stop. 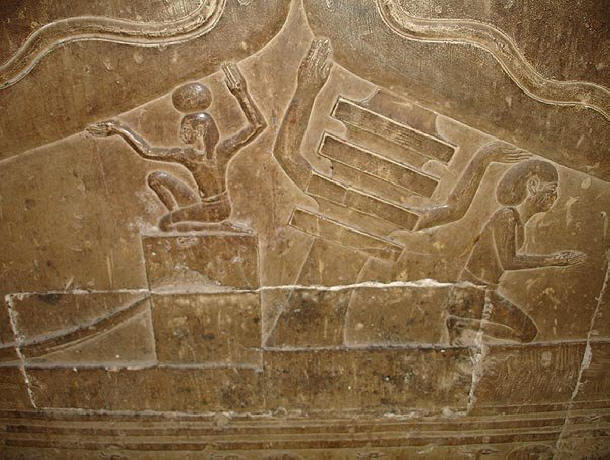 By the end of the 18th century, among British doctors and biologists, The theme of “live electricity” is popular. Anatomist John Walsh proved the electrical nature of the strike of the ramp, showing that electric impulses are transmitted not by “air fluids”, but by direct contact and “conductive affinity of substances”. Then scottish surgeon John Hunter examined the structure of the electrical organ of this unusual fish. Walsh and Hunter studies were published in 1773 and a few years later came to the Italian doctor and physiologist Luigi Galvani.

Galvani began experimenting with exposure to static electricity. Once, his assistant accidentally touched frog legs with a scalpel that has accumulated an electric discharge. Foot twitched convulsively, and a new area opened before Galvani research. 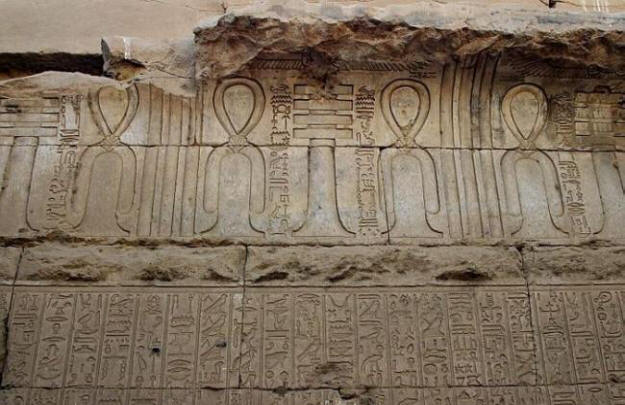 Being engaged in “animal electricity”, Galvani concluded that muscles are a kind of accumulators by which electrical signals are controlled by the central nervous system. Using the famous medical principle “like – like”, he suggested that many muscle diseases, cramps and “cramps” could be treated with electric discharges.

So, maybe, low-current Egyptian and Sumerian “electrical appliances” had a medical purpose? It seems possible with electroacupuncture procedures when biologically active points (BAP) are supplied with small current pulses. Between by the way, electrical effects on BAP can lead to analgesic effect.

So, whether or not there were “electrical” artifacts, historical science does not yet know, because after death The library of Alexandria has lost thousands of papyrus scrolls, keeping secrets of “temple science”.

Maybe we are still waiting for very unusual archaeological finds “cryptoelectric” artifacts that will open new pages history of science and technology.