Archaeologists from the Hebrew University of Jerusalem uncovered monumental entrance to the palace of Herod. Entry is corridor with a complex system of arches. They serve as a support for massive walls. The total length of the corridor is 20 meters, width is 6. 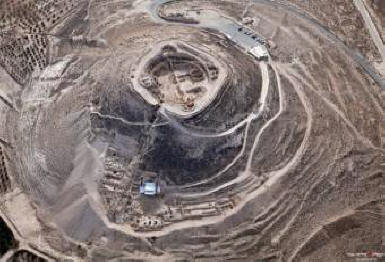 Photos from open sources Thanks to arches, it has survived to a height 20 meters. Archaeologists have determined that the entrance was never used: they didn’t finish it and fell asleep. According to experts, this happened at the end of Herod’s life. Knowing the impending death, the king turned Palace in the monumental burial mound. Anyway, the top part of the monumental staircase that leads from the base of the hill to which is the palace, to its top, was built over filled with corridor. 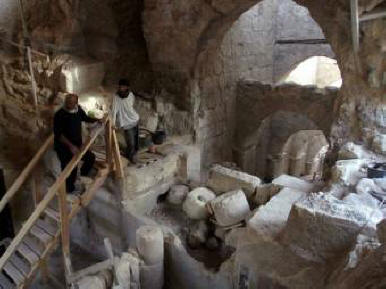 Photos from open sources Archaeologists say that not only the arched entrance was bombarded, but all the other structures built Herod on the hillsides. The only building that was not it was filled up, there was a mausoleum – the burial place of Herod. During excavation the hall of the palace was also opened, which was blocked after filling entrance corridor. This room is decorated with frescoes. That on them depicted, not reported. Traces of presence inside participants in the Great Uprising (66–71 AD): coins of the rebels and primitive temporary structures. In the arched corridor open evidence of another rebellion of the Israelis against the Romans – Bar Kokhby (132–135 / 6). 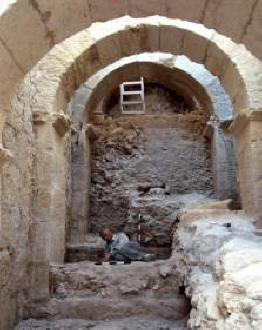 Photos from open sources Tunnels were opened in the mound, made by the rebels. They found the remains of cypress props, served to strengthen the arch of the tunnel. After finishing research the corridor will not fall asleep. He will be left open to tourists could get through it to the Herod Palace. Herod The Great (74 / 73–4 BC) built a palace in the fortress of Herodion, in 12 kilometers south of Jerusalem. The palace consisted of four seven-story towers, baths, several courtyards, Roman theater, halls for festivals, as well as living quarters for the king and guests.