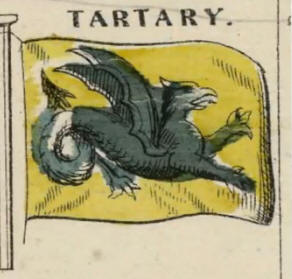 The film contains and summarizes, if possible, the main evidence deleted from the world history of the country – the Great Tartaria. Maps, encyclopedias, images of its inhabitants, genealogy rulers, its own written language, the emblem and flag of this state – the evidence given is enough for a reasonable person appreciated the scale of falsification of modern history and began be interested in the true past of our ancestors. First series – Griffin. In this film of the cycle we explore the image on the flag is more detailed to understand why the griffin was one of the main symbols of Great Tartary. Vulture (griffin, div, foot, foot) – the oldest, not borrowed symbol in the territory Scythia (later Great Tartary).