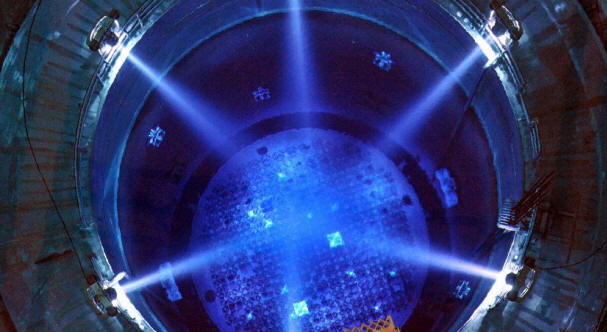 It is believed that man is much more sophisticated than nature and creates things that she couldn’t think of, such as a wheel or nuclear reactor. We’ll agree about the wheel, but about the reactor here the error came out.

It all started with an emergency

In May 1972, at the French enrichment plant in the city Another batch of natural uranium from the deposit arrived in Pierrelat Oklo (Gabon, West Africa). The analysis this time was meticulous chemist who noticed that the content of U-235 in ore 0.7171%, while in all ores this indicator is 0.7202%. The deviation is negligible, 0.003%, and yet the laboratory assistant considered it his duty report this to the authorities.

Not the bosses were the first to stir, but the French special services: not Is there a theft of uranium by terrorists? The atomic bomb is not dynamite, when it explodes, will not seem enough. Officers walked all over supply chain of raw materials and found that ore with reduced U-235 content is already rising from the mine. At some points mine samples contained less than 0.44% U-235. Special agents relieved sighed, closed the case.

But now geologists were running in. The content of U-235 in the natural uranium – a constant value. It is observed in all earthly uranium ores and even in lunar samples. And then 0.44%! Why?!

The first time version that U-325 “burned out” in the result of a nuclear reaction sounded like a joke, but nuclear physicists calmly noticed that they did not see anything funny in this.

NPP without a man

Back in 1956, an American scientist of Japanese descent Paul Kuroda described in detail the conditions under which in uranium A self-sustaining nuclear reaction may begin in the field. Field size, concentration of U-235, the presence of a moderator reactions, the absence of boron and lithium, absorbing neutrons and capable of stop the reaction – the combination of conditions should be unique, but theoretically, this is entirely possible. That’s exactly what happened 1.8 billion years ago in Africa.

Subsequent expeditions to Oklo revealed an abnormally low the percentage of Nd-142, Ru-100 isotopes in the ore and a high proportion in ores of isotopes Nd-143, Ru-99, which are nothing more than decay products.

We omit a detailed description of the natural nuclear technology. reactor, it is unlikely that the vast majority of readers will understand and interesting technical and scientific details. Information is not classified, abound on the Internet. Let’s just say that, then flashing, then fading away, a slow boiling nuclear reactor worked for about 500,000 years, burning more than 5 tons of U-235, until isotope stocks have run out.

This could stop, but if you start to unwind the glomerulus further, very interesting versions and hypothesis. 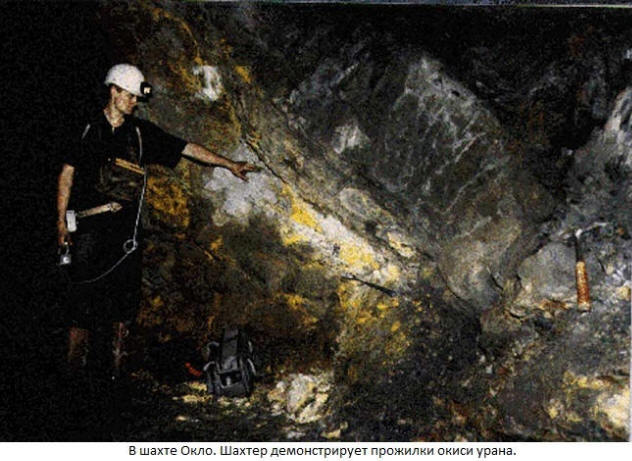 Nuclear reaction as a factor of biological development

The Oklo Nuclear Reactor has “turned on” when on our planet only the first multicellular organisms appeared. Did reactor influence on them? Of course. No radiation protection around the “reactor” did not exist and all fell within the coverage area “AES” organisms received their dose of radiation. Was she great? Yes, the fact is that the Oklo reactor is the common name for 16 reactors, working simultaneously in three different parts of the field. Them radiation could very well have led to the appearance of a huge amount mutated organisms. Most of the mutants became extinct as unviable. But the survivors were already at a higher level development. And who said that the Oklo reactor was the only one? What if were there several of them located in different parts of the planet? Floor Kuroda, 20 years old, sought confirmation of his theory of the possibility the existence of natural nuclear reactors. While Oklo is considered so unique. But maybe tomorrow they will find others?

We used to see Darwin’s theory of evolution as smooth progressive process. However, paleontologists know that in development life on Earth were “leaps” and “leaps”. About what could to become their cause, there are dozens of theories. Add one more.

If other natural nuclear power plants existed, some of them could well explode. So much for the trigger, the reason the death of dinosaurs, the transformation of monkeys into humans, etc. phenomena and events that science is not able to explain, up to Flood and the destruction of Atlantis.

The technology for creating a nuclear reactor is not so big scientific secret. But few can bring it to life because of technical difficulties. Maintain a nuclear reaction in Constant mode is incredibly difficult. On-site shift at each plant around the clock monitors the operation of the reactor and changes its modes work so that duty would not end with another Chernobyl. Step to the right, a step to the left – and the reactor will either go out or explode.

The Oklo reactor has been working trouble-free for not a year, not ten – 500,000 years Who ensured Oklo’s trouble-free operation during such a long time? WHO???