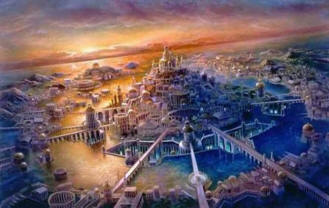 You can have a different attitude to the legend of Atlantis. However that the fact that the problem of an extinct ancient civilization was interested serious people like Mikhail Lomonosov, and with his submission and Russian Minister of Education Abraham Norov, gives reason to think.

And many thought. Only in Russia and the USSR are these poets and writers Vasily Kapnist, Dmitry Merezhkovsky, Valery Bryusov, Vasily Rozanov, Vyacheslav Ivanov, Alexey Tolstoy, Alexander Belyaev …

And for more than 11 years, the ROIPA organization has been operating in Russia – Russian society for the study of the problems of Atlantis. What are these problems – talks about this in a conversation with journalist Nikolai DOROZHKIN historian, culturologist, philosopher, member of an interdisciplinary Research Group “The Origins of Civilizations”, President of ROIPA George NEFEDIEV.

– George Vladimirovich, tell us more about ROIPA – the organization you lead.

– A community of like-minded people dealing with the problem of Atlantis and other ancient civilizations whose existence is placed under doubt by historical science, first arose in Moscow at the beginning 90s of the last century. At its base were, for example, such writers and scholars like Alexander Kazantsev, Alexander Gorodnitsky, Vladimir Shcherbakov, Alim Wojciechowski, editor-in-chief of the newspaper “Master” Gennady Maksimovich …

The community was created under the auspices of the then popular magazine “Miracles and adventures.” Substantial assistance was provided by the chief the editor of this publication, the famous journalist Vasily Zakharchenko and other magazine staff. Originally this collective Researchers took shape as the Moscow Club of Secrets.

From 1999 to 2002, the community released its own print organ – almanac “Atlantis: problems, searches, hypotheses”, in which historical and other studies on atlantology were published, in particular information about research and expeditionary projects. Three issues have been published. It was this almanac who managed to become one a consolidating body around which many rallied famous scientists, specialists in various fields of science.

The next step in the design of the Russian atlantological movement became the formation on April 25, 2003 of the Russian Society for study of the problems of Atlantis (ROIPA), whose president became Alexander Voronin (1954-2012). Creating such a society in history Russian science was carried out for the first time and was hardly possible without the ascetic work of Alexander Alexandrovich Voronin – a true seeker and romance devotedly devoted to his a dream.

And on May 22, 2003 in Moscow at the Institute of Oceanology RAS named after P.P. Shirshov was held II Russian Congress of Atlantologists. First a forum of a similar scale and thematic focus was held in the walls of the academic institute.

The congress was dedicated to the 100th anniversary of the outstanding Russian atlantologist and chemist Nikolai Feodosievich Zhirova. His book “Atlantis. The main problems of atlantology”, first released in 1964, is still the only one in fundamental scientific work on this subject.

Zhirov was the first to define certain goals and objectives. recognized science, based and developing at the junction many disciplines. At the initiative of Alexander Voronin, it was decided create the Museum of Atlantis. N.F. Zhirova. ROIPA has a rich atlantological library, extensive archival documents and materials about Zhirov and other Russian and foreign researchers of ancient civilizations.

– It turns out that the creation of the ROIPA was a step towards recognition atlantology science?

– Atlantologists have always emphasized the importance of official recognition of atlantology as a science. And ROIPA since its foundations launched an active research work on the search for historical evidence and artifacts confirming the reality of great civilizations. And the fact that among atlantologists many serious scientists, candidates and doctors of sciences, also testifies: atlantology is a science!

– What collections and scientific works does ROIPA produce?

The book of Zhirov by Alexander Voronin was first published biography of its author “Zhirov – the founder of the science of atlantology. Through thorns – to Atlantis. “Later several editions in new series in which our colleagues took part: O.G. Flour “Heavenly Sword over Atlantis” (2007), G.F. Wirth “Chronicle of Ur Linda. The Ancient History of Europe “(2007), I. Donnelly” In the world of fire and sand “(2007), F. Joseph” The Surviving Atlanteans “(2008), A.A. Voronin “Treasures and relics of lost civilizations” (2010) and others. In ROIPA’s publishing portfolio is still full of manuscripts that await its potential publisher and thoughtful reader. 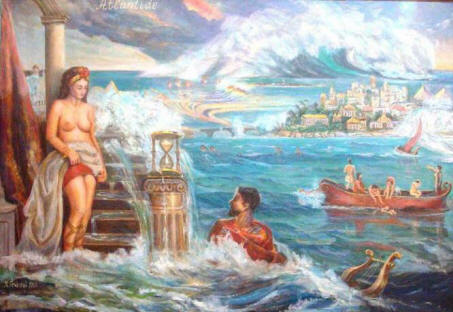 In 2005, at the XII Congress of the Russian Geographical Society (RGO) Professor Alexander Gorodnitsky made a report – “The Legend of Atlantis in the light of modern scientific evidence. “And in 2006 in Institute of World Literature A.M. Gorky RAS for the first time in Russia Ph.D. thesis “Ancient myth of Atlanta and Atlantis: An Experience of Folkloristic Consideration. “Author Julia Kraiko concludes that the Plato tradition of Atlantis – an integral part of the ancient epic, having archaic pre-Greek sources and originator in the far west.

– As far as I know, the III Congress of Atlantologists was already international?

– It took place on November 26-27, 2007 at the Institute of Oceanography them. P.P. Shirshova RAS. This forum brought together prominent researchers. throughout Russia and a number of CIS countries. Presented at the congress Professor Alexander Gorodnitsky, head of the association “Cosmopoisk” Vadim Chernobrov, full member of the Russian Geographical Society (RGO) Sergey Golubev and many others.

Since the end of 2012, a new Kronos almanac dedicated to mainly Atlantis and other civilizations. To the present time left two issues. The most interesting are presented in them. hypotheses and studies of domestic and foreign scientists. I note that in the last almanac for 2014, seven were published original works of our western colleagues.

– ROIPA collaborates with the Laboratory of Alternative History and The Third Millennium Foundation. What are their achievements?

– Over the past decade, the foundation has organized parts of the world expedition to search for the remains of ancient cultures. IN During these expeditions, interesting from the point of view of Atlantology geographical points of the planet: Egypt, Mexico, Peru, Bolivia, Greece, Malta, Ethiopia, Japan, Easter Island … 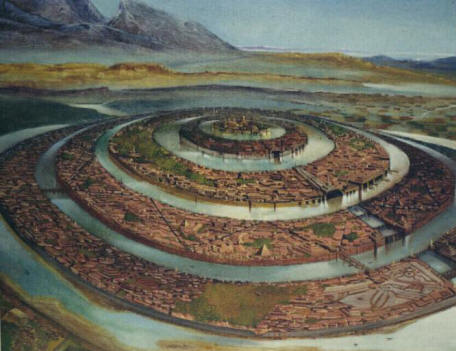 Irrefutable evidence of the existence of our a planet many millennia ago of a highly developed civilization (or a number of civilizations), which left numerous traces in the form of megalithic buildings, statues and other artifacts on which traces of high-tech processing have been preserved. This civilization died as a result of a planetary cataclysm, dropping humanity for many millennia in a primitive state. The few survivors of this catastrophe achieve antediluvian civilizations began to seem the creations of the “gods” whom they tried imitate, not understanding their essence.

But is it possible to restore the lost principle of work any apparatus or mechanism without having it production, information and social infrastructure? Perhaps, but only after many generations, when the scientific and technical potential of society will be restored to lost level. Even now, with all the revolutionary discoveries the last century, we are not able to answer the question of how we were Egyptian pyramids were erected, Baalbek trilithons were delivered, or polygonal laying of structures in Peru.

– What do you think is preventing official science from recognizing this as an inexplicable but irrefutable fact? Why it should be hushed up or declare pseudoscience?

– This is a very relevant and competent question. Only if corporate scientific solidarity and ethics, fear of losing career prospects, to lose high cathedral stands, being known as a charlatan and a pseudo-scientist, hinders this recognition? Everything is much more difficult.

Recognition of the mere fact of the existence of civilization, in far superior to modern, puts an end to the whole suggestible almost since childhood, we have interpreted historical development as progressive, progressive movement from simple to more complex, as a linear process of irreversible nature. It is allowed to regress only certain parts, but not the whole sociocultural community. Spiral development of history, proved by the works of the classics from Hegel to Marx and confirmed the works of Lev Gumilyov, still remains taboo area.

The official recognition of this fact means an audit the dominant linear paradigm and replacing it with a paradigm cyclic. All assembled by now works for it. factual material, a huge number of inexplicable artifacts, theoretical developments and concepts. At the junction of many areas knowledge by the efforts of many researchers is practically realized long-standing dream of romantic atlantologists about recognizing a new interdisciplinary science of atlantology, which will eventually join in the circle of academic scientific disciplines.

It will include the whole range of our knowledge, methodological approaches, research hypotheses about all ancient human civilizations – from Atlantis and Hyperborea to Lemuria and Pacifida. And let this science have no single “general course”. The main thing is that there is a tendency towards systematization of accumulated knowledge, to the reconstruction of genuine the history of human civilization. And the creation of the Museum of Atlantis. N.F. Zhirov is necessary to preserve the Russian and world atlantological heritage.

Studies of prehistoric civilizations can, among other things, other things, find out the reasons for their disappearance – anthropo- and man-made, natural, space. This knowledge will equip scientists as it will provide an opportunity to anticipate and prevent such disaster. And these are already problems of a cosmic scale.