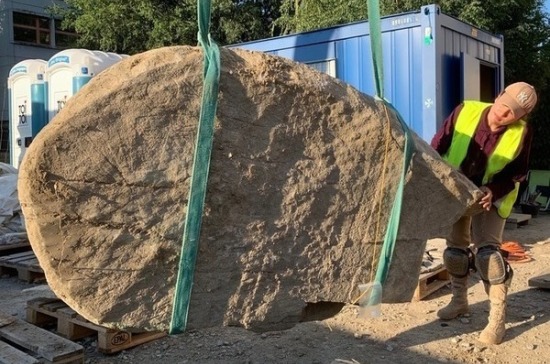 Near the city of Zion, scientists found six stelae made of stone, about 4,500 years old, according to Inforeactor.

In the area during construction in 1961, they once found fragments of two tombs of the Neolithic era, after which archaeologists decided continue excavation at this place. So lucky archaeologists found 28 stone steles, several dolmens and two tombs.

Scientists have identified the found steles into two groups. Those that were made in the years 2700-2450 attributed to the first group. Most of these plates contains geometric ornaments, sometimes come across images of daggers. Steles assigned to the second group, date back to 2450-2150 years BC. On them are applied more complex drawings, including male figures, arrows and bowls.

According to information posted on the official website of the canton of Valais, six more steles were found by archaeologists near the tombs discovered in 1961. On one plate, we managed to examine the image of a man with geometric pattern. Other stellas contained holes.