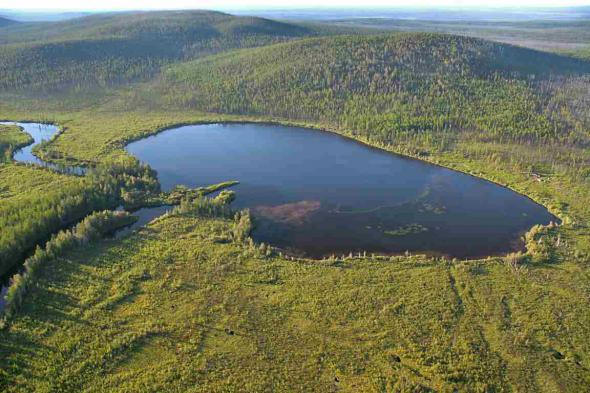 In Tatarstan, at the bottom of the Kuibyshev reservoir, divers discovered the remains of 15 churches and 2 mosques. About this divers told at a press conference held in the largest media company of the Republic of Tatarstan “Tatmedia” and dedicated Awarding the Crystal Compass National Prize. Besides diving to the bottom of the Volga, divers took part in diving on the bottom of Lake Labynkyr in Yakutia, located in the coldest place Northern Hemisphere, as part of the Pole of Cold project, reports “Blagovest-info” with reference to the information on the site ProKazan.ru. Recall that one of the flooded Russian church buildings – the bell tower of St. Nicholas Cathedral in Kalyazin claimed the title one of the symbols of Russia. At least the local historian is convinced of this and the head of the Kalyazin Ascension Church Sergei Kruglov. By his opinion, this monument of church architecture and difficult Russian history has long ceased to be a symbol of local significance. The bell tower of the former St. Nicholas-Zhabensky monastery, built in the style of classicism, known abroad, it is called a “penitent candle” and a kind of monument to the departed irrevocably patriarchal Russia. St. Nicholas Cathedral itself was erected in 1694, and the bell tower in 1800 year. Then the center of the city was located on this place and it was the most magnificent building of that time. The bell tower was rebuilt for 6 years. Its height was 74.5 meters. She had 5 tiers, and also a dome with a head and a spire. There were 12 bells installed. The largest bell in 1038 pounds was cast in 1895 with money monastery in honor of the accession to the throne of Nicholas II. In 1939, with the creation of the Uglich reservoir, the need for which arose in connection with the construction of a hydroelectric station in Uglich, on the Volga, the old part of Kalyazin was in the flood zone. The cathedral was disassembled, and the bell tower was partially under water. Destroy her did not, as they planned to convert into a parachute tower. On May 22, 2007, a divine liturgy was performed in the bell tower. When serfs built a bell tower, they gave a guarantee strength and integrity. There is even a record in the historical a document which states that in case the construction gives crack and squint, serfs at their own expense will destroy it and restore. The strength of the structure is confirmed by time. The bell tower has always been surrounded by special attention, they say. local historians. In the XIX century there was a market square of the city, here merchant ships from the lower Volga approached. Today she stayed the only memory of the monastery that was once here and St. Nicholas Cathedral.