In 1974, Chinese peasants engaged in drilling artesian well, discovered the tomb of Emperor Shihuang, who ruled from 246 to 210 BC Four years later on the site of the ancient burial site began to be excavated, continuing to this day. In the tomb, archaeologists have found Unique terracotta sculptures of warriors in human height. Each clay figure, made by ancient masters by hand, peculiar and unique.

In early May of this year, scientists who began excavations in the area the ancient capital of Xi’an, were able to discover new terracotta sculptures – at least 90 battle chariots and 1400 figures depicting archers and soldiers. What are the dimensions of the entire clay army so far one can only speculate.

It is believed that the terracotta army was to accompany the Chinese emperor in the afterlife and for centuries guarding the tomb from ruin. Sculptures of archers, scientists believe, are in the hands of real crossbows, intimidating unexpected guests tombs. In the soil of the ancient burial, moreover, still high mercury content – another measure taken the builders of the royal tomb for her safety. 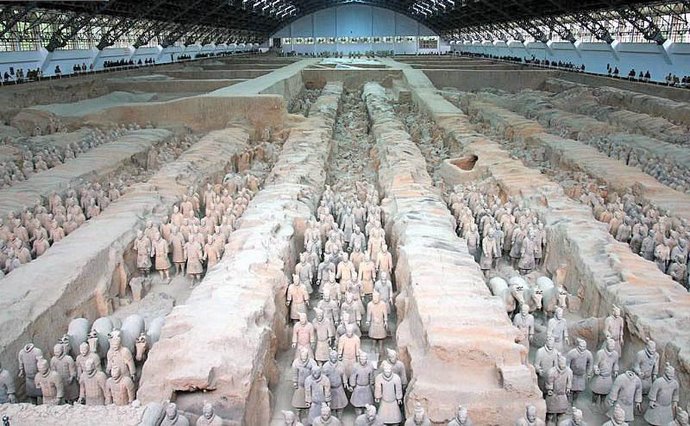 Now the tomb of the emperor is listed as a cultural site of world significance and is one of the most visited sights of the country. In the museum of terracotta warriors you are not only you can admire amazing clay sculptures terracotta warriors, perfectly preserved for many centuries, but also hear the story of the reign of Qin Shihuang, whose tomb, by the way, still not open. Archaeologists are in no hurry with this deed, rightly believing that such an infinite wealth of deep antiquities need to be discovered gradually, without breaking anything.

Qin Shihuandi, who went down in the history of China as a great reformer and cruel ruler, became famous not only for his unusual a tomb, the construction of which took 38 years. At his direction Epan Palace and the Lingyu Canal were built and the Great Chinese wall. According to legend, a soothsayer predicted to the emperor that the wall will be finished only when 10,000 are buried in it human. Since the number 10000 is denoted by the word “van” in Chinese, Shihuandi ordered to find a man with the same name, kill and bury him in the wall. However, the great building became the grave for many of its builders, and who knows how many remains really buried under his bricks … 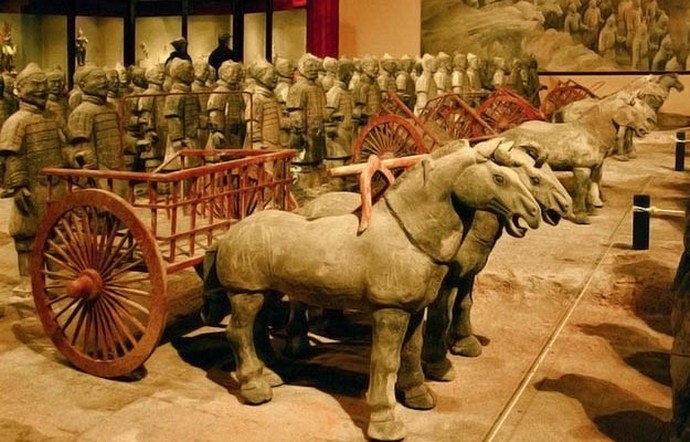