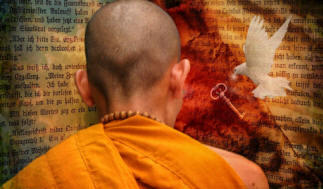 A photo open source Institute of Traditional Tibetan Medicine digitized over 800 works dedicated to folk methods of treating various diseases. Among them are found rarest examples dating back to the seventh century … digitization was accepted by specialists from the Department of Science and Technology Tibet Autonomous Region. In the very near future will appear separate Internet portal with the ability to read texts. Such a step will popularize traditional Tibetan medicine in wide circles. Texts will be available in Chinese and Tibetan. Note that earlier an attempt to digitize the knowledge of Tibetan shamans made one tibetan hospital. Specialists have collected more than one hundred thousand recipes, some recipes have been over ten centuries old. Lately Tibetan medicine began to have much in common with traditional Chinese medicine methods. Scientists believe that ancient methods will help modern doctors in a more detailed understanding of the disease and position of the patient.