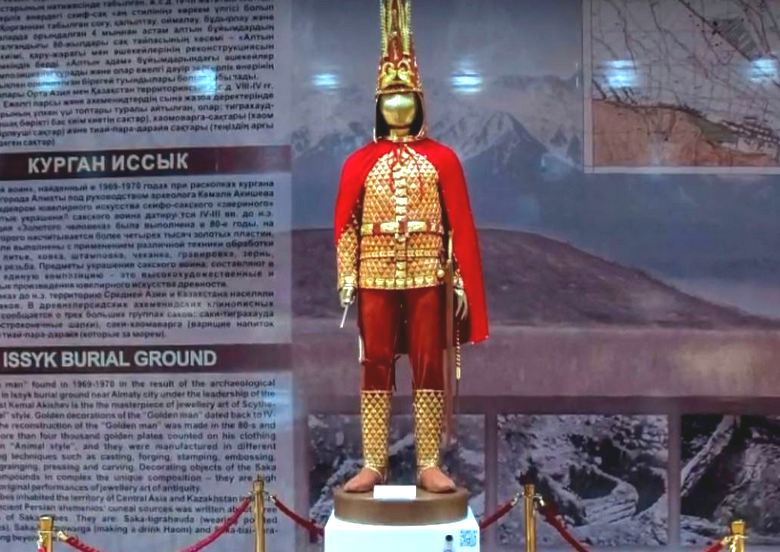 The year 2019 has come, which is the anniversary for the famous sights of Kazakhstan – “Golden Man” – archaeological find comparable in importance to the Egyptian Tutankhamun. 50 years ago it was accidentally discovered here. the unique burial place of the Saka warrior, who later named gold for numerous precious metal jewelry on the robe. Moreover, these decorations are made so skillfully that they today astound scientists around the world.

What will mark the anniversary of the Golden Man? A copy of it, perhaps again waiting for a tour of the near and far abroad, he will still amaze and delight numerous tourists. But not only, the coming year for the Saka warrior will be significant also because it was decided to urgently rebury him remains.

The reburial ceremony will be held according to the old Saka custom, which was reconstructed by historians and researchers reserve-museum “Issyk”, where the bones are stored in the reserve an unknown young warrior, most likely a member of the royal family (as established by scientists, he was no more than 16 years old, and killed this warrior stabbing a dagger in the back).

Unfortunately, the Kazakhstan Tutankhamun, as his called among archaeologists, the head did not survive, it was crushed by a fallen beam of the sarcophagus. This does not allow Dental DNA Tests (the easiest) and learn a lot more about ancient warrior and the time in which he lived. As the scientist says Secretary of the Issyk Museum Dosym Zikiriya, an existing bone enough material to carry out a more complex DNA examination, but it can only be done abroad, say, in laboratories Japan or the USA. The museum does not have money for this, and the authorities of Kazakhstan do not interested in such non-profit spending.

The reburial of the bones of the Golden Man is extremely necessary: ​​this is the only way to preserve the biological material for researchers of the future. The remains of a warrior will be placed into a special capsule where they will not collapse when exposed environmental impact. Today the bones of a royal warrior are in poor condition; for a long time they were generally considered lost, most recently they were discovered by chance – in the archives Forensic Institute of the district city of Yesik. Therefore how clarifies Zikiria, it is urgent to save what preserved. 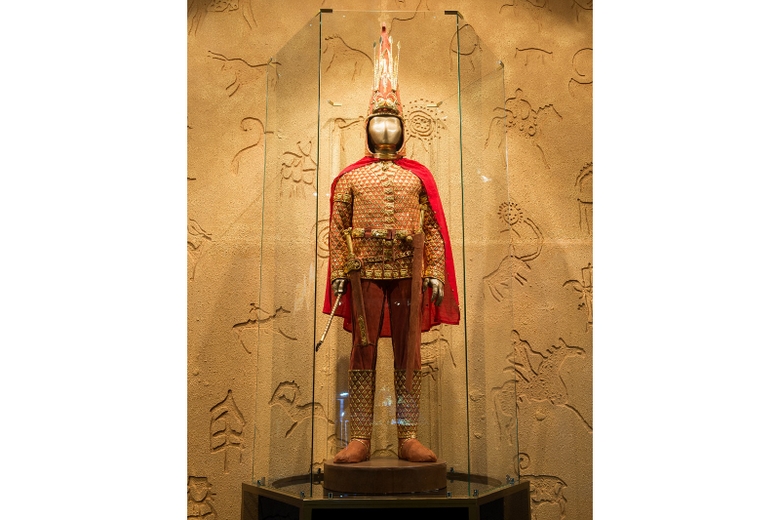 Of course, the original (kept at the State Museum of Gold and precious metals of Astana), copies and statues of Altyn Adam, as his called here, as well as museum exhibits dedicated to him nowhere will not go away. “Golden Man” will remain state a symbol of the country, scientists and journalists will write about it as well schoolchildren – read in history textbooks. Remained minted in the honor of the Kazakhstan Tutankhamun coin, but … For all its world fame (one of the copies is even available at the UN), scientists do not know about this archaeological pearl is nothing concrete, even the floor of a warrior not defined (perhaps this is not a young man, but a girl).

This, of course, does not stop people from admiring and admiring a wonderful relic, which, I want to believe, will wait researchers shedding light on the secrets of the Golden Man. On this the employees of the Issyk nature reserve are hoping, trying to preserve precious biological material for the future …