To this day, preserved drawings of Egyptian cult structures with images on the movement of large stone sculptures. From the figure given here – it can be seen that a small some people pull the platform on which the sculpture is installed Pharaoh, and insures her against overturning, and the other part standing apart with sound instruments in their hands whose sound necessary for levitation of a platform with a statue. Speaks out the view that a flat platform is a special technical device – generator. 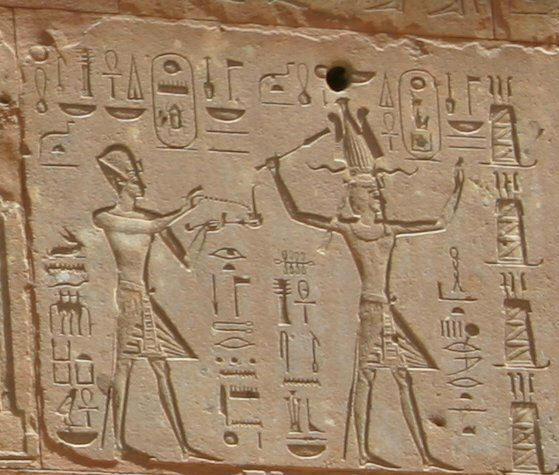 For a long time there are disputes between its purpose and device. Egyptologists. Platform power generation source are allegedly layered in it small asymmetric rhombic pyramids. They are like crystals that “inhale” one energy, and “exhale” another. These platforms are exposed to sound or other sources of exposure were introduced into the state of vaporization above the ground. If there is cargo, the platform with its runners only lightly touched the ground, making it easier to transport. And in this example levitating movement of stone cargo is reduced to the same 2 factors set forth in the 2 previous cases: the presence of source of torsion radiation penetrating levitating subject and soundtrack. Cheops’s Egyptian Pyramid Giza – the oldest and at the same time the only one preserved to of our days a miracle of the world. The question of the construction method has also been raised. Cheops pyramids, including the delivery of bulky and heavy stone blocks up to 150 m high, which roughly corresponds a fifty-story skyscraper. The base area is 230×230 m. In such a space could freely fit simultaneously five largest cathedrals in the world: St. Peter’s Basilica in Rome, cathedral St. Paul and Westminster Abbey in London as well Florence and Milan Cathedrals. Of building stone that went for the construction of the pyramid of Cheops, it would be possible to build all the churches Germany created in the last millennium. And hardly any of the listed structures were erected with the same accuracy as The Great Pyramid. Although the pyramid contains several funerary cameras, but this structure cannot be called hollow; its almost two and a half million limestone slabs are completely filled. Each weight averages 2.6 tons, which gives a total mass of 6.3 million tons. We can only marvel at the skill and technological achievements of the ancient builders, because, in addition to surprisingly accurate geometrical reference, they were able to carefully polish and lay on the outer surface of the white plate limestone, delivering them from the other side of the Nile, from the quarries of Tours. Judging by the plates preserved at the foot on the north side pyramids, they were even larger than those used in the center of the pyramids; each weight was about fifteen tons. The Arabic text is known, reporting on the method of building the Great pyramids: “Under the stones laid large sheets of papyrus, on of which many secret words were written; then stone hit with a stick, and he moved through the air for a flight distance arrows. So in the end, he reached the pyramid. ” (M. Kuchinsky, “The riddle of the Phaistos disc and the serpent worshipers”). There are also opinions that stone blocks moved to the top of the pyramid with special platforms made similar to those used to move stone sculptures. And the platforms are already loaded through sound, builders could enter levitation. 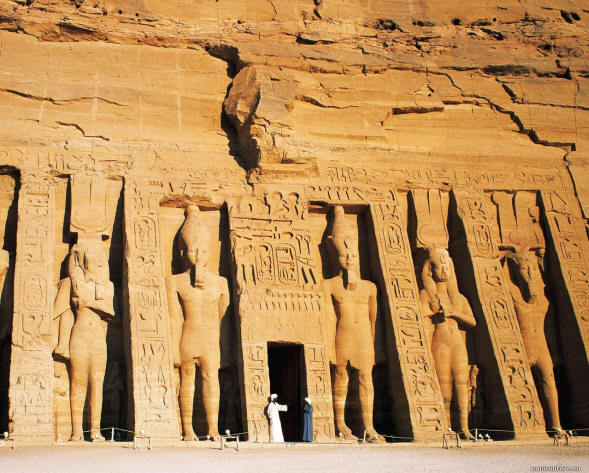 If for Egyptologists the question of the method of erecting a pyramid and raising stone blocks to a height of 150 meters, then people who are able to see the past (clairvoyants) report that the stones themselves flew up a special energy channel. This the energy channel was created by builders through technical devices in the middle of the eastern side of the pyramid (from the Nile). Studies supposedly showed that multi-ton stone blocks, delivered to the foot of the pyramid, underwent energy processing generators to weaken their gravitational interaction with ground and increase interaction with the energy flow channel up along the pyramid. After that, the blocks through the cable block tilters fed into the power channel receiver and flew up to place of laying. The energy flow of the channel was created by peculiar transformer solenoids mounted on one axis along walls of the pyramid. As the height of the pyramid increased, (growing) the device that created the power channel. Speak out and cautious assumptions that the basic knowledge and nodes described technical devices are preserved and are in underground repositories near the pyramid of Cheops and other places in Egypt. They are were no less valuable than the treasures of Cheops and were not destroyed. Bulky technical devices descended into the dungeons by means of special elevators, and their entrances are reliably walled up. IN monolithic stone base of the pyramid there are hollow spaces, where, under the ceiling, heavy granite blocks. Their installation was also probably carried out in a condition levitation.