Mandala – perhaps the most mysterious symbol in history of humanity. One is not enough for his understanding and decoding definitions: a whole bunch of different values ​​and meanings contained in a complex geometric design. A clear opinion about the origin of the mandala today not. Some researchers trace the relationship with the layout megalithic architectural structures, others with shamanistic tambourines and world maps printed on them, in structure reminiscent of a mandala pattern. But despite cultural diversity historical interpretations and the subtlety of semantic shades, this complex construction is by no means just a collection of geometric shapes. 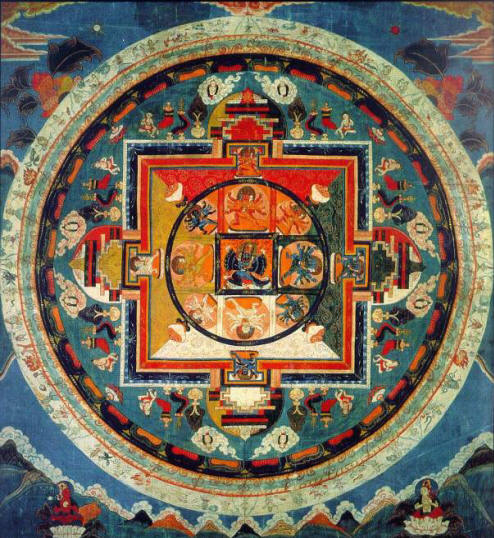 A photo from open sources The first, outer, circle is a miniature The universe, the second, the inner, is the realm of deities, buddhas and bodhisattvas, and the square between them is oriented to the cardinal points. Thus, the mandala as a whole is a kind of mini-model Universe, “map of space”, magic diagram. PLAN COSMOS Initially, the principle of the mandala was used in the temple Indian architecture. All Hindu shrines were erected one at a time and the same plan called Vastu-purus a-man d ala, or “Vastu-purusha-mandala.” In this case, “vastu” is translated as “place” or “receptacle”, “purusha” is a “cosmic person”, “universal Being”, and the “mandala” is interpreted as a “scheme.” So we get a kind of plan of the Cosmos, sacred space marked by divine presence. Before the erection of the temple charted the mandala on the ground. First drew a square, the upper side of which is always facing east. Sometimes the figure of Purusha itself was inscribed in this figure, while his head occupied the northeast corner, and the legs – southwest. Square crushed into smaller parts, eight on the side. Each of them was dedicated to some god whose name was inscribed on this section of the mandala. 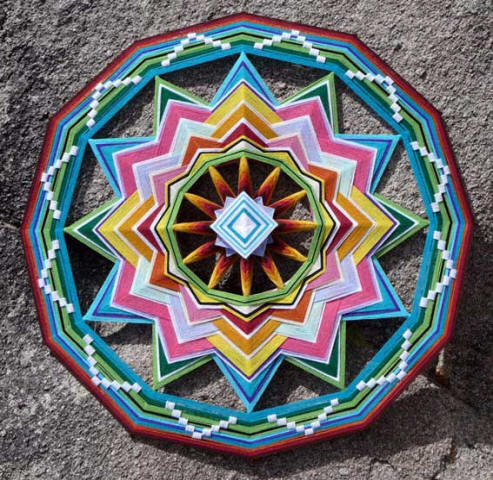 A photo from open sources the eastern side of the temple was considered sacred, so it was here that the main entrance to the temple was located. It is also curious that the mandala determined not only the structure of structure, but also the behavior of believers in the temple, a certain order performing rituals. Prayers should bow at the very beginning deities at the eastern door, and then at the southern, western and northern – in strict sequence. Despite the eastern origin, the principle of a mandala in architecture turned out to be so universal, which is also present in the temple architecture of Islam and Christianity. In the medieval cathedrals of Europe, this symbol is often presented near the entrance. Stained glass gothic “socket” – bright an example of this. UNITY WITH ABSOLUTE Buddhism, in turn, borrowed the Indian sacred symbol and in his own way rethought. It is in Buddhism that the mandala becomes crucial an element of spiritual practice – meditation. Believer during contemplation merges with the image of the deity in the center, after which the highest stage sets in – unity with the cosmic Absolute. Песочные тибетские мандалы настоящее искусство 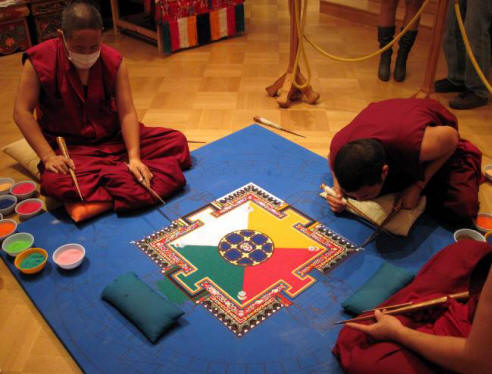 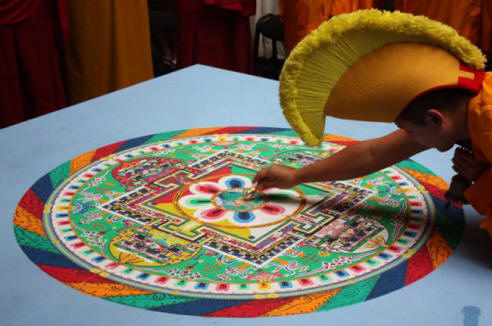 A photo from open sources Moreover, Buddhists were the first to draw mandala. The manufacture of the first such work is attributed Guru Padmasambhava, teacher of the 8th century Buddhist tantra. But in Unlike the Hindu tradition, the Tibetan mandala is oriented towards west, not east, but the key arrangement of buddhas from this does not change. Present-day practices of contemplation and mandala creation help to learn to focus and direct attention. To them followers of many spiritual teachings have come running. Especially these practices developed in Vajrayana, the tantric direction of Buddhism. IN him the sacred circle of the mandala of colored sand symbolizes and the device of the world, and the path to the nature of Buddha, and the mortality of the earth existence. THE WAY TO HARMONY Famous psychologist Carl Gustav Jung in the 20th century became the discoverer of the mandala motif in Western European cultural tradition. He saw in this symbol an excellent tool for the inner transformation of man. The psychotherapist was sure that in difficult life periods, our the subconscious mind motivates us to draw something like a mandala, or to see her in a dream. 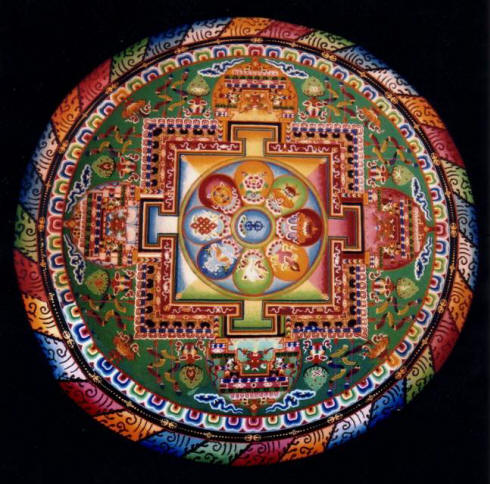 Фотоfrom open sources Of course, visually it will be different because we see in the religious and philosophical tradition. Here already clarity of lines and strict proportions are not important. Symbol is born spontaneously in free conditions and is an expression of internal human condition, his desires, aspirations, strengths. Eastern traditions have long become a trend in Western society. That is why in modern psychology thrives in such a direction as “mandalotherapy”. The symbol in this case acts as energy matrix, drawing and contemplating which man heals, gets rid of his problems, achieves harmony and peace of mind. “Everything that has accumulated in the recesses of the soul, everything emotions and experiences are reflected in the drawing of the mandala, – notes astrologer and soothsayer Povsekaky Bogdanov. – The subconscious mind itself selects a pattern, reflecting in the drawing those symbols, shapes and colors that involuntarily arise in the process of drawing. It is important to emphasize man’s attention to the fact that he must create his own mandala to proceed, being in a calm positive mood, with pacified and harmonious state of mind. “DRAW FUTURE Any materials are suitable for creating a mandala. You You can use whatever you want: pencils, paints, pastels. Draw a big circle. Put a dot in the center of this circle. IN to any mandala, it is the personification of the Creator and life-giving energy of the universe and also acts as an energy center. 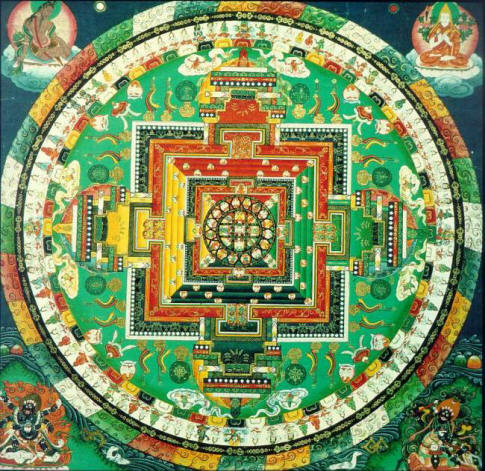 Фотоfrom open sources Now close your eyes and concentrate on what you are creating the symbol for. Pay attention to what colors, images and sensations arise in front of your mental gaze. While in a contemplative state, let your subconscious to drive a hand. Mandalas can be created as a talisman or for some special purpose. For example, for healing, attract money or love, fulfillment of desires. But in this case, in the process of creativity requires a powerful emotional message, and then destroy your work. Thus, you will put the universe in the knowledge of their plans, and the complexity of the drawing and its subsequent destruction will declare serious intentions. Article author: Valeria Mukhoedova