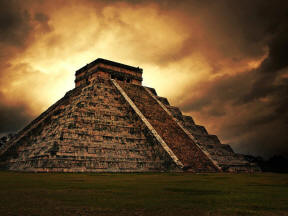 Construction company demolished one of the largest pyramids of the era Maya in Belize for the extraction of crushed stone for the construction of the road.

The head of the Belize Institute of Archeology, Jaime Av, said the destruction was noticed at the end of last week. He ruled out the possibility of unintentional demolition of the structure, since the complex widely known in the country. The age of the destroyed pyramid is estimated at 2300 years.

“These guys knew for sure that in front of them is a cultural monument. Just incredible ignorance and insensibility on the part of those who did it, “Ava said. Belize’s police said that according to the destruction of the building will be investigated and, probably a criminal case has been opened.