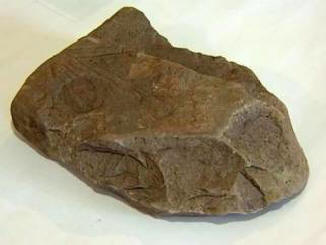 The oldest map in Russia was discovered in the Irkutsk region. She was knocked out on a stone found in Botovskaya cave. Find Age estimated at 5 thousand years. Traces were also found in the cave human and dog paws, according to Vesti. The cave is famous researchers for a long time. However, numerous cavers do not paid attention to the stone. But an unusual artifact was noticed Specialists from the Siberian Branch of the Russian Academy of Sciences who arrived at the cave. “A rock discovered randomly. I just sat down to rest and drew attention that the stone is different from the local cave debris “, – says a researcher at the Siberian Crust Institute Branch of the RAS Alexey Klementyev. According to researchers, the stone belonged to an ancient hunter visiting Botovskaya cave. Apparently, so as not to get lost in the cave, he indicated with an arrow direction and schematically depicted the location of the tunnels. 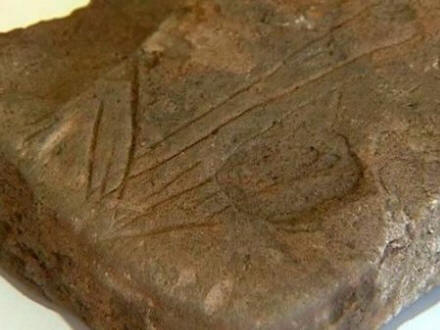 Photo from open sources “We did not expect to find similar on 300 meters depth. For comparison, in the 1940s only 200 meters of the cave passages of Botovskaya cave. A Neolithic man 5-6 thousand years ago penetrated much deeper, “comments the archaeologist of the Cultural Preservation Center Heritage of the Irkutsk region Artem Kozyrev. There were caves on the floor traces of the torch were found, as well as fingerprints of a person’s hands and feet dogs. This allowed him to track his route, but did not explain why. man penetrated so deep underground, winding along dangerous labyrinths. 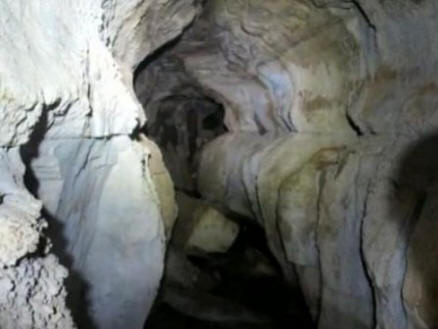 Photo from open sources “Cavers believe that he was researcher. Scientists hold that he found something useful for yourself. Maybe it was cave mineral formations that could be used for ritual purposes, or as a decoration. But these are only hypotheses, “said Alexander Osintsev, Chairman of the Speleology Section East Siberian Branch of the Russian Geographical society.