Since then, almost a hundred years have passed, and the word “robot” has long been included in our daily lives. Where robots do not work: in industry and medicine, in space and under water.

But don’t think that android robots are copying body movements humans appeared only in the second half of the twentieth century. IN legends and traditions, as well as in historical documents information about the existence of humanoid automata called once automatic, hundreds of years before our days. Here are some information about these amazing artifacts.

The “living” head of Albert the Great

Many probably heard Johann Wolfgang Goethe’s poem “Sorcerer’s Apprentice”, which is based on medieval German the legend of a sorcerer who made inanimate objects work. This tradition has developed under the influence of an amazing personality. philosopher, theologian, alchemist and astrologer Albert the Great (1193–1280), born in Swabia, and then after receiving education in Padua, taught in many cities in France and Germany.

His knowledge of alchemy, physics, mechanics and philosophy were so vast that contemporaries nicknamed him Doctor universalis. During the stay of Albert von Bolstedt (genuine name of Albert the Great) in Paris his lectures attracted such the number of students that no building could accommodate them, and Doctor universalis was forced to speak to listeners at Square, subsequently received his name.

Albert’s knowledge suppressed contemporaries and inspired the real horror. According to legend, he created a head that could speak and anwser the questions. But once the head went out of control and to that angered St. Thomas Aquinas, Albert’s beloved disciple Great, his incessant chatter that he grabbed a stick and broke it into many pieces.

When the “sorcerer”, hearing a noise, ran into the room, then everything was already over. On the floor lay a pile of metal not subject to recovery. Another attempt to create a mechanical person Albert the Great did not take, destroying, apparently, all calculations and drawings of his brainchild.

Most likely, this story has no basis. It was first published only in the eighteenth century and is quite could be either pure fiction or misinterpretation one of Albert’s alchemical texts mentioning the “head” (caput mortuum), which actually refers to one of the phases of alchemical primacy in the “doing of the master” – to the remnant, obtained after distillation.

Centuries passed, and the rumor of a new amazing creature received The name Golem, made to speak all of Europe. His creator was well-known mathematician, philosopher and connoisseur of Kabbalah, Rabbi Yehuda Lev ben Bezalel, who lived in Prague during the reign of the emperor Rudolph P. It was during these years that Prague, which became the capital of the Holy Roman Empire, turned into an amazing city, where they gathered all famous European alchemists and scientists.

It is known that rabbi ben Bezalel was not only indisputable authority among fellow tribesmen, but also made friends with such famous people like astronomer Tycho Brahe and Englishman John Dee, known as a famous magician and fortune teller.

There are many versions of how Rabbi Loew created the Golem, which was supposed to serve its creator, and most importantly, to protect Jewish community of Prague. In all these legends, the common is following: by creating the clay giant, bin Bezalel invested in him a narrow slit resembling a mouth hole, spell paper. After that, the giant came to life and began to carry out the orders of the owner. True, soon the unexpected happened. 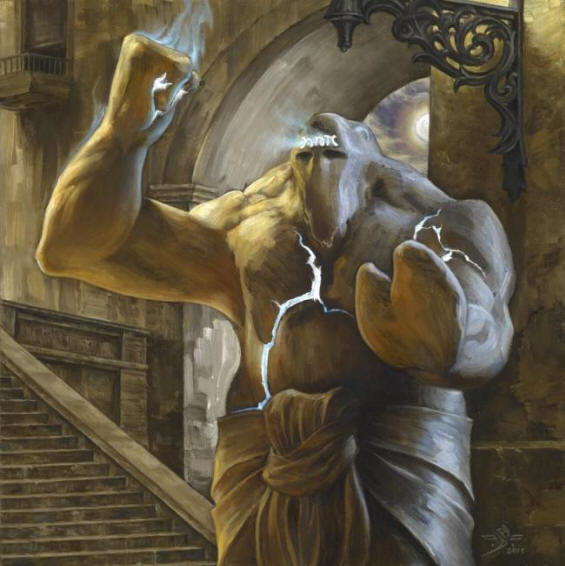 One fine day, when Rabbi Leo was absent at home, the Golem raised a riot and began to destroy everything around. They say that only the appearance of bin Bezalel saved the inhabitants from a terrible pogrom. The rabbi managed to snatch a paper scroll from Golem’s mouth and put it in. backwards. Only after that the giant collapsed and was carried to the attic of the synagogue, where under the ancient books and robes he rests to this day. Still excursionists to the Prague Staronov synagogue allowed only to the first floor. It is forbidden to climb into the attic.

What is the most interesting in this story? It is possible that Rabbi Ben Bezalel managed to create a giant mechanical a robot operating according to a given program. Such a program in A kind of punched card was inserted into the mouth opening. After all it’s no coincidence that Rabbi Löw, in order to temper the “rebellious” Golem, inserted the treasured scroll backwards, that is, stopped its action.

A critical reader who knows the history of technology will say that all this is fiction, for the first to use a punch card for the mechanism that worked automatically was a French inventor Jacques de Waucanson. It is his mechanical silk loom improved by J.M. Jacquard, thereby opening the door to the industrial revolution.

But do not rush to conclusions. For there is another story existing not in the form of legends and legends, but in the form of archival documents found and published by the English historian Peter Dancy. By the way, it refers to the time when it was created Golem. But this story is connected not with the Czech Republic, but with Russia.

Mentioned Peter Dancy, dealing with relationship history England and Russia since Ivan the Terrible, discovered in English archives a whole layer of documents (letters, diaries and accounts), associated with the name of the merchant Johan Wem. This merchant was interesting in that that he not only brought goods to and from Russia, but also by order the king delivered books to him and as a result of this he often met with Ivan Vasilyevich himself. How serious were these book delivery, the following fact indicates. The merchant in his report wrote: “And still were bought manuscript and printed books and sold for royal stores of 5 thousand gold guilders. “Modern historians, commenting on this, believe that for the delivery of goods to this the amount Johan Wem needed a whole fleet of merchant ships!

Further, Peter Dancy came across a letter in which the merchant wrote the following: “The Russian tsar has an iron peasant. He beat this iron man for fun feasting the tsar bear, and fled a bear from him in wounds and abrasions. Iron Man Surprisingly he presented the tsar with wine to everyone, bowed to the guests and sang something in this unbearable Russian language that I never succumbed to. ”

At first, Dancy felt that the “iron man” is just allegorical image, by which we must understand a servant endowed with remarkable force. Imagine his amazement when later he read that the “iron man” not only served the king at the table and the yard was broom. When the “overseas guest” declared that, apparently, for living armor is hidden with iron armor, that’s what happened. “At first the king was contemplating,” the merchant wrote, “but having drunk a cup of malvasia, clicked three master-looking people dressed boyarly and something to them ordered. They discovered hidden under the clothes of an iron man covers, gears and springs in it, moving arms, legs and head. “After reading these words, Peter Dancy turned for advice to my friend Robot Specialist Steve Lennart, who came to the conclusion that we are talking about a mechanical robot.

The most interesting thing is that the “iron man”, according to the merchant Johan Wem, served Ivan the Terrible only in the hot sunny the weather. It is possible that it was driven mechanically mover, the main element of which was bimetallic a spring warmed up in the sun and started it. Turning on a particular set of gears probably represented a system management. All this level of then technology allowed to solve. Incidentally, the “music boxes” of complex design, clockwork caskets, as well as chimes, which began to beat time before Ivan Grozny, is a confirmation of this.

It is possible that the masters of Ivan the Terrible, who created the “iron man, “could get information about such mechanisms from the richest royal library. It is possible that there was labor Arab Technician and Designer Ibn Al Razzar Al-Jazari “Book knowledge of amazing mechanisms “, written at the beginning eighth century. It’s not for nothing that they call it a book about ancient robots, because the Arab masters at one time invented a lot of cunning mechanisms, but almost all of them were intended for entertainment.

But not only Ivan the Terrible had his own robot. “Russian Faust “, scientist and statesman Jacob Bruce, whom called a sorcerer, a warlock and an astrologer, created for the king Petra is a doll that supposedly could not only walk, but also talk. When Jacob Bruce resigned, he took her to his estate Glinka near Moscow. 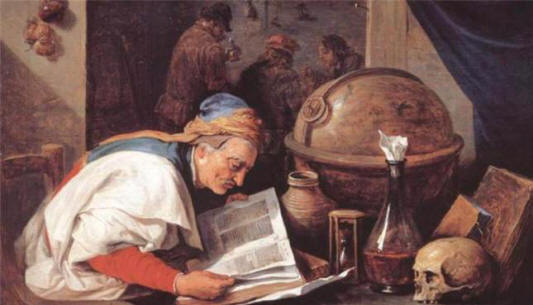 There, the doll walked freely among the trees. Serf count seeing the doll, they scattered at first, but then got used to it and between they called themselves “Yashkina Baba.” After Bruce’s death among his papers historians have found a mechanical robot circuit.

These and other similar facts tell us that the first robots appeared long before the invention of electronics and were more likely total, created by the talent and skill of unknown Russian Lefties.