The famous “Sabu disk” is an archaeological find that was announced by a group of scientists as irrefutable evidence that ancient people had real aviation. Egyptologist Walter Emerey found him during excavations of the tombs of the ancient Egyptian village Saqqara in 1936. Sabu disk is a round stone a plate with a diameter of 70 centimeters, with three curved blades. In the middle, this plate has a sleeve. It was this fixture that allowed researchers speculate that this disc is composite part of some larger and more complex mechanism. 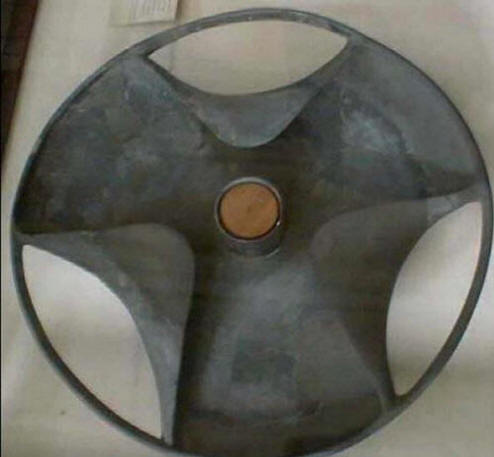 But which one? Why did the Egyptians need this strange round subject? Many researchers are sure: a stone disk is not that other than a propeller with hydraulic ribs.

If we assume that this is true, then it turns out just an amazing picture: it turns out that the Egyptians for three thousand years BC were able to build real aircraft and fly on them. This find could be a worldwide sensation. 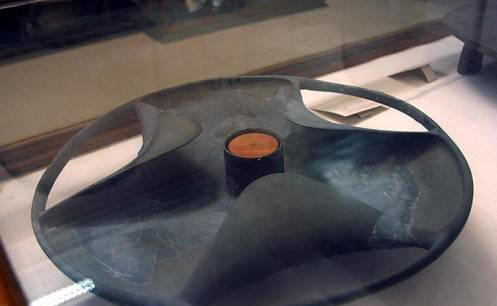 If not for one but! This plane, even if it’s ever existed, was made of stone. And stone planes do not fly. AND so all talk about the great technologies of antiquity – no more than a fantasy. Meanwhile, the world famous archaeologist and specialist according to ancient texts, Swiss researcher Eric Von Deniken, believes that a stone plane should not fly.

However, in his opinion, this does not deny that in antiquity over Egyptian pyramids, over Easter Island, over ancient cities Incas could really fly airplanes, land space ships. And ancient man knew what electric batteries were and computers. 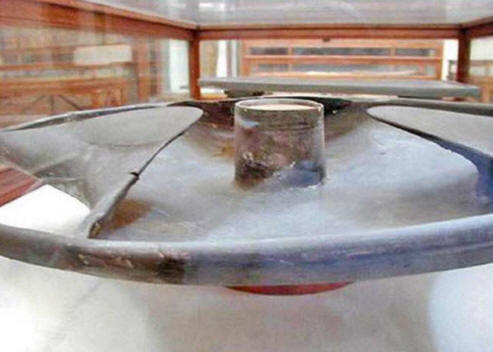 “I will give you a very famous example. During the Second World War US troops set up a military base in Papua New Guinea. There American planes flew in, from which they seized the “belly” all kinds of cargo: weapons, ammunition. Aborigines saw this, but not understood what was going on. And when, at the end of the war, the Americans gone – the natives continued to take care of the runways stripes. Moreover, they themselves began to make planes – from wood and straw (cult of Cargo). Of course, not real planes, but their imitation.

Airplane made of straw 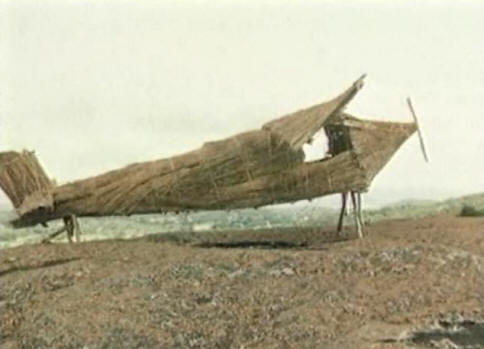 They began to make watches – from wood and leather. Made from wood microphones and said some phrases in them. Made wood antennas … I myself saw these straw planes and a wooden clock … That yes, a technologically progressive society has come into contact with technologically backward society that is not able to understand more advanced technology therefore only simulate the appearance.

Today we see many objects that have come down to us from the ancient times, and do not understand how they could appear. And the answer is very plain. This is a common imitation. I am convinced that this is how it arose, for example, objects made of gold resembling in shape airplanes, so sculptures appeared at temples in Central America, where on the chest of a sculpture depicting a priest, rectangular box with keyboard – buttons for ten fingers … 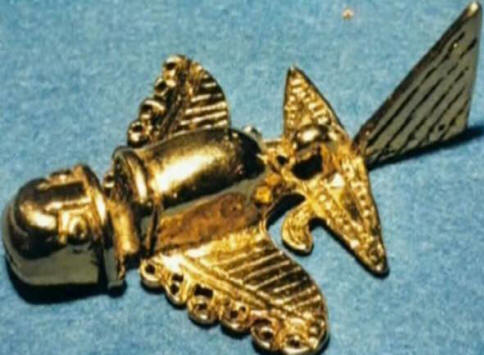 And everything is not at all like in one of the recent TV shows. They showed an ancient figurine-copy of an airplane made of gold, and stated: “She is not able to fly.” And added: “Contrary to von Daniken’s claims. “But von Daniken never said that. bullshit! I was attributed stupid statements. Nonsense! Aircraft models of gold must not fly! Solid wood watches should not show time. Because it’s nothing more than an imitation. ”

According to the hypothesis of Eric Von Deniken, it turns out that all these stone propellers, golden figures of aircraft, drawings of strange creatures in spacesuits – the result of contacts of ancient people with aliens who according to his calculations visited the earth of 14 thousand years ago. An ancient man saw all this, and then, like modern aborigines, reproduced them at that level, at which he could.

The version of course is fantastic, but agree, a more logical explanations of all these strange artifacts are still science not able to offer.

By the way, about the figures of golden birds, similar to modern aircraft found in the ancient Inca burial … German engineers recently made from modern materials an exact copy of this golden the birds supplied it with an engine. And she flew! And her aerodynamic qualities were no worse than modern aviation models.