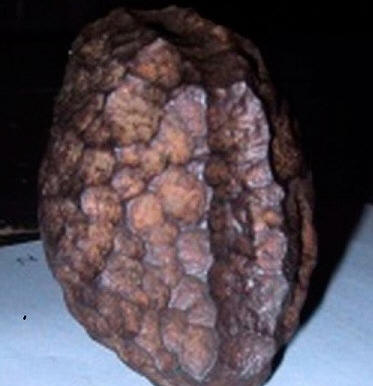 What can be found in a piece of coal

This story begins in upper Austria in the city of Schöndorf. Here On November 1, 1885, the factory stoker of Isidore Brown split a large piece of brown coal. Inside he found a metal object 67x62x47mm, weighing 785g. Artifact had a regular quadrangular shape and rounded edges. Rather, it looked like a pillow. Around the perimeter there was a groove. The thought of its artificial origin begs by herself. The stoker looked stunned at his find. He did not have scientific degrees, but from my own experience I knew that such objects in a lump of coal SHOULD NOT BE!

Reference: brown coal – deciduous trees and peat plants, decomposed under water without air in the tertiary period (65-25 million years ago).

The source found the find to his boss, he hastened to surprise her leadership and soon a strange thing was on the table the owner of the company, who donated it to the Museum of Salzburg. So the artifact became the “Salzburg parallelepiped.”

The first versions of the origin of “Salzburg parallelepiped ”

The first to be interested in a strange subject was a mining engineer, doctor Friedrich Ghoul. He described in detail the Salzburg parallelepiped and 7 June 1886 and made a presentation in the scientific community of Vienna, opening a discussion about his origin. Some scientists considered the box a meteorite. (Gul himself adhered to this point of view) This is quite explained the appearance of a metal object in the rock, millions of years old when the Earth was still walking dinosaurs.

But to the question of opponents about the bizarre-correct form of the object discussions “meteorites” either simply shrug, or referred to the “bizarre game of nature.” Such an answer by opponents is not satisfied. In addition, all meteorites carry a peculiar “seal” about the passage of atmospheric layers – Widmannstetten figures. On the Salzburg parallelepiped, these patterns were absent. Not at all all meteorites have these lines, for example, “messengers of heaven”, having in its composition is up to 30% nickel. But in the “parallelepiped” percentage nickel content is simply negligible.

There was a version of volcanic origin, but she ran into the question of too right for the natural origin, shape of the subject. A compromise was voiced version: yes, meteorite, but human-processed. (The very first iron products were made by man precisely from meteorite iron) Timid voices in favor of this version were like a grave plate crushed by counterargument about the reverential age of the find (several million years). None of the debaters dared express the blasphemous idea that humanity is much older than It’s customary to think.

By some general solution, the scientific community in 1886 did not has come. The Salzburg parallelepiped remained a mystery. IN subsequent years with a frequency of once every 5 years in the scientific press articles appeared that fueled interest in the artifact, but nothing there was nothing new in them. Only after more than 30 years a new one appeared, a truly revolutionary hypothesis of the origin of “Salzburg parallelepiped. ”

In 1919, the American Charles Fort first expressed the idea of extraterrestrial origin of the parallelepiped. In his work “Book damned “he collected a tremendous amount of facts that science is not could explain and therefore tried to forget about them. Found in the book the place and the find of the stoker, of which Fort said bluntly that this the item was left on Earth by aliens from other worlds.

The American was clearly ahead of his time. At the beginning of the XX century, the name Tsiolkovsky was known only to a narrow circle of scientists about flights in the layman judged the space based on the novels of Jules Verne (“From the Cannon to the Moon”), and the aliens represented only evil grasshoppers with spears at the ready (Wells “The First People on the Moon”) – where are these insects space flights! No wonder that the idea was ridiculed and forgotten.

In the 50s, man went into space, and the Fort hypothesis ceased be considered nonsense. The Salzburg parallelepiped again became object of research. In 1966-1967 in Vienna, the artifact was subjected to electron beam microanalysis. After research, scientists said: “Definitely, this is not a meteorite.” A logical question followed: “Then what? “After a light stupor, the men from science decided consider the “Salzburg parallelepiped” an element of the old mining winches that accidentally fell into a rock formation, etc. etc. Scientists often resort to this trick: a fact that does not fit into established theories are declared either nonexistent, or falsification.

One could agree with such a strange explanation if the case with the “Salzburg parallelepiped” was isolated. But no, quite often in rocks dating back millions of years, find objects whose artificial origin no one is doubtful. The collection of these artifacts is so large that in scientific use there is a term that characterizes them – “unknown fossil objects” (NIO). They all cause the same ones. the questions are: “What is it?”, “To whom did they belong?” and “How are they got here? ”

However, this is a topic for another discussion.