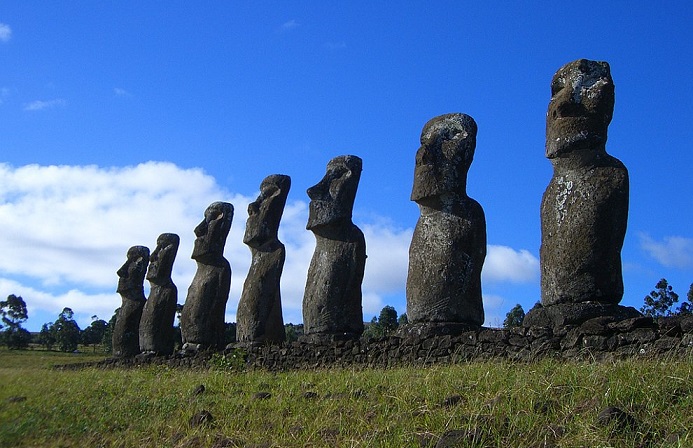 An international team of scientists studied in detail the island Easter and made the following conclusion: about 500 years ago erected stone statues helped the inhabitants of the island restore Agriculture. Research Results Published in Science News.

Not only the statues that were carved were examined from volcanic tuff, but also the land itself, on which were idols.

It turned out that the weathering of the rock in the vicinity of the quarry on Easter Island, the soil is saturated with phosphorus and other elements, which would be useful in agriculture.

Scientists conducted a radiocarbon analysis of burnt wood and plants taken from the slopes of this quarry. Approximately between 1495 and in 1585, Easter Island residents began to practice in these places agriculture. At the same time, in other areas of the island land fertility has worsened.

It turns out that the extraction of volcanic tuff to create idols contributed to the development of agriculture. Besides, scientists believed that idols could be used in ritual ceremonies, for example, to ask the gods for a good harvest. Regardless of the existing level of knowledge or faith, it turns out that idols still “helped” the inhabitants of Easter Island.