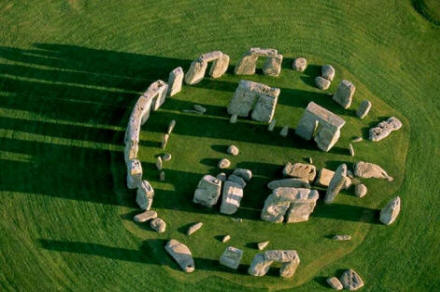 Stonehenge is located in the English county of Wiltshire and is an impressive stone structure built in Neolithic era. Medieval legends called builders Stonehenge wizard Merlin (hero of the legends of the king Arthur) and even the devil himself. In modern times, there were versions about that the builders of Stonehenge were the Romans or the Celts. But modern scientists have found that the construction of Stonehenge was completed 1,500 years before the Celts came to Britain.

Little is known about its builders – they did not have a written language. We don’t know what these people called themselves, so we use them designations conventional names of archaeological cultures. Moreover, Stonehenge construction took place in several stages, on for almost a thousand years (from about 3100 to 2100 BC). Stonehenge in the English Southwest has been listed UNESCO World Heritage Site in 1986. First option for the future Stonehenge built by people of archaeological culture “Windmill Hill” was a two earthen ramparts with a moat in the middle. The bottom of the moat was trough the bones of deer and bulls, which is clearly indicates the non-religious nature of the facility. Subsequent studies have shown that the term culture “Windmill Hill” follows considered conditional, since several different archaeological cultures. Apparently, this means that earthen Stonehenge was a common religious center for several tribes living in the area. Second Stonehenge was built of wood and in its construction, Apparently, it was close to the modern stone Stonehenge. Stone Stonehenge built by people “Wessex culture.” Perhaps some religious rites were carried out in these places even before the construction of the first (earthen) Stonehenge, but their traces have not been preserved to this day. All indicates that Stonehenge was an important cultural and a religious center for a long time. By the beginning of the XX century, Stonehenge was in a deplorable condition. Many top plates and some base plates have fallen, Often the base plates leaned strongly. Restoration Stonehenge walked in several stages and intermittently lasted from 1901 to 1965. A number of scientists criticize methods the restoration as not corresponding to the original construction technology of the facility. For fixing support stone slabs during the restoration used concrete, which in The Neolithic era, of course, was not. In 2004 was carried out resettlement project for badgers living next to Stonehenge to other parts of England. Earth moving the activity of these animals destroyed the cultural layer under the monument and caused damage to the artifacts inside it. 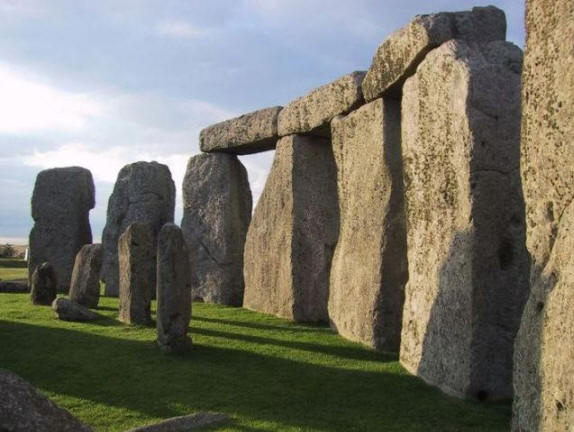 The main secret of Stonehenge is the purpose of this object. Scientists put forward various versions, but keep in mind that such a large-scale and revered object could certainly used for several different purposes, therefore different versions Stonehenge appointments need not be considered disproving each other. The main version says that Stonehenge is an ancient observatory. But this term may be misleading. Neolithic people are unlikely to use Stonehenge to study astronomy – rather, they celebrated the holidays of winter and summer solstice, using the stone structure of Stonehenge as coordinate systems for simple observation of the movement of the sun. According to other versions, there existed in the Stonehenge area a cemetery for the nobility or it was a place of pilgrimage for people hungry healing from injuries and illnesses. Well, in a religious center, indeed could bury noble people and skillful priests could work here – doctors. Today Stonehenge is a place of pilgrimage for tourists from around the world. With all the alterations and four thousand stone slabs have already been reconstructed years. Time seems to have no power over them and Stonehenge survive even the apocalypse.