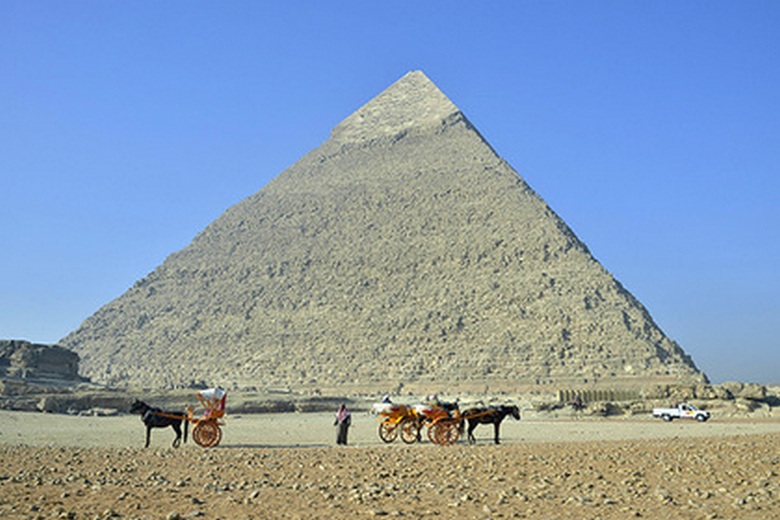 Assumption by italian scholars milan technical Institute looks very intriguing: discovered last year the secret chamber in the Cheops pyramid may be a hall in which there is a throne of meteorite iron.

The fact is that, precisely such a throne, according to beliefs, used in the rituals of the burial of the pharaohs of Ancient Egypt. is he served as an assistant for a more successful and painless transfer of the lord to the afterlife.

Secret cavity 30 square meters in the highest and the famous pyramid of the Ancient World was found by a team of French and Japanese archaeologists, Egyptologists, who scanned the structure using a bunch of muons. These particles make it quite easy and accurately determine the density and composition of the substance from which it is built a pyramid, and also reveal voids in it. 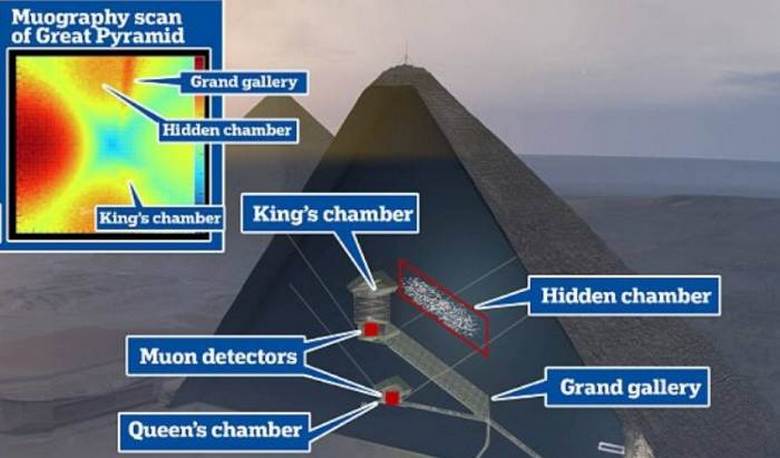 The secret room was above the corridor or the Grand Gallery, leading to the tomb of the pharaoh. This is why Italian scientists and made such an assumption – this room should play very important role in the burial of the ruler of ancient Egypt, because how the Japanese installed using their equipment, the room could not to fulfill some practical role, for example, facilitating the load to the Gallery, and therefore its purpose, most likely, is precisely in “throne keeping.” Pharaoh agrees Pyramid Texts (wall to writers) sat down on the iron throne, which helped him pass The gates of heaven.

Why the throne must certainly be made of meteorite iron – this so far only an assumption, however the Egyptians at that time were widely used this material to make various objects, which the pharaohs used: it was divine material. Most likely, and the throne, contributing to an easier achievement of peace Duat, it must be just unearthly.

Recall that the Cheops pyramid was built almost five thousand years back – this is the most famous and majestic monument of the ancient world 147 meters high. He is the only one of the seven wonders of the world. far time, preserved to this day.