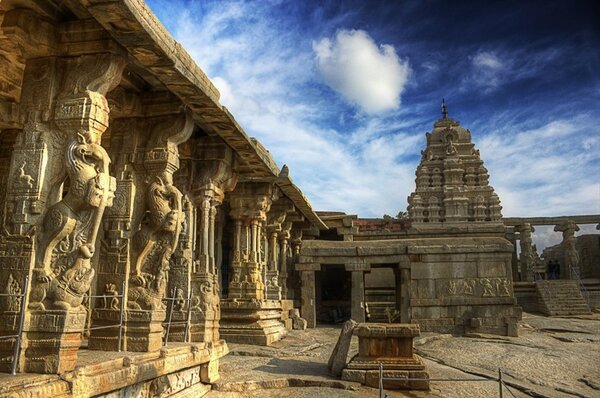 In India there is a very remarkable temple of Veerabhadra or Lepakshmi, built in the 16th century about 120 kilometers from Bangalore city.

It was erected in the exquisite style of Vijayanagar architecture – with many amazing sculptures of gods and goddesses, carved columns, with hundreds of paintings depicting various scenes from the epic Ramayana, Mahabharat, Puranas.

Just look at the ceiling mural (size 7.5 to 4.7 meter) of the fiery (angry) god Shiva (Veerabhadra), so that understand and feel the majesty of this ancient building, although there is still much surprising in this temple. For example, in his in front of the tower stands a huge stone bull Nandi (friend and servant of Shiva), to the surprise of many, a sculptor skillfully carved from whole piece of granite. 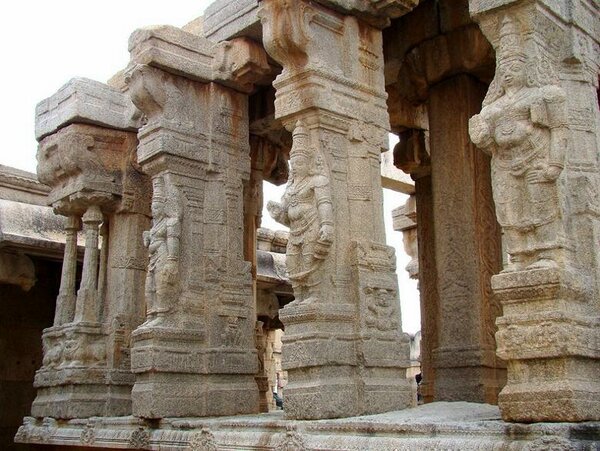 However most striking for our materialistic consciousness in Lepakshmi temple can be called a hanging column (out of 70 other columns). The base of this stone support does not concern the surface of the floor, and therefore, through the gap formed, you can safely to pull, for example, a piece of cloth, a sheet of paper, which they do Enthusiastic visitors to this wonder of the world. 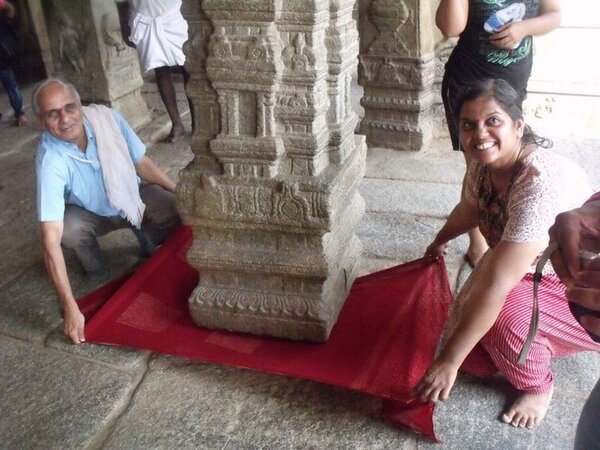 Legend has it that initially all the columns of the temple stood firmly on the floor, but one of them eventually seemed to rise above surface and hung, violating all the laws of architecture and physics. 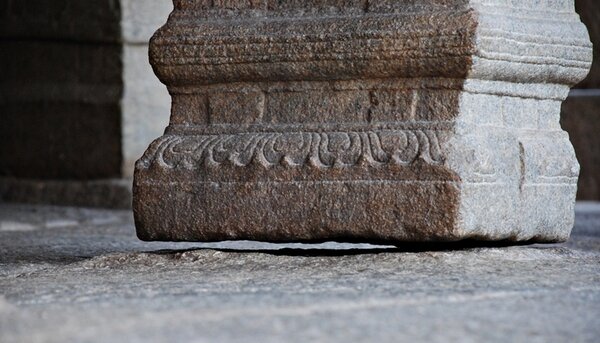 And for visitors to Lepakshmi such a wonderful column serves a kind of entertainment: they drag any delicate things, say, a scarf, a cloak, take this photo and video matchless anomaly, and then with enthusiasm show this miracle friends and relatives share it on the Internet. And there are those who believes that he found the key to this design (see video).