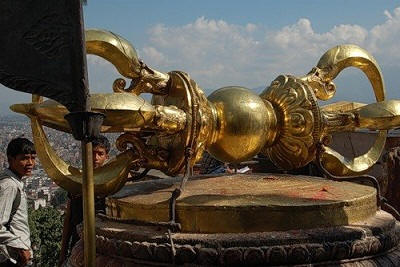 There is a theory according to which once upon a time there was a people with a high level of cultural development. Neighbors considered them “gods.” The civilization of the “gods” perished, leaving behind only legends and cyclopean structures in various corners of the Earth. It’s believed that vajra is one of the few fragments of that civilization that has reached of our days.

In Indian mythology, vajra was considered the worst weapon in arsenal of the gods. With its help, the king of the gods Indra destroyed the fortresses, crushed rocks into powder, turned back rivers, destroyed whole armies. Legends about this terrible weapon are abundant in Nepal, Tibet, Bhutan, Siam, Myanmar, Cambodia, Korea, China and Japan. As you can see, the “gods” used weapons quite often on vast territory. The impression of using the vajra was so strong that in legends it was considered a symbol of strength and power. 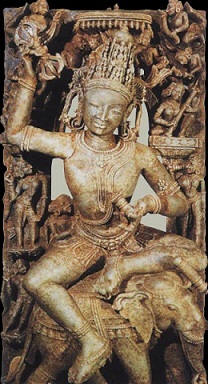 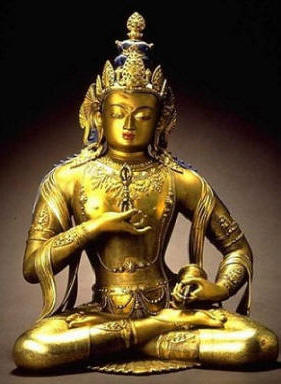 But not only legends remained. There are numerous images vajras. Moreover, the ancient masters, creating sculptural images of gods often depicted them squeezing this symbol authorities. Created in different places and at different times, vajras practically do not differ from each other. From this you can make the conclusion that the masters saw the device, and we have images of the vajra, made almost from nature.

Subsequently, the vajra became a cult object, a ritual belonging in Tibetan Buddhism, Hinduism and Jainism. Her they began to manufacture as an amulet, production was put on stream, manufactured from miniature to almost gigantic. Of course not one the vajra made by artisans did not have destructive power. Imitation is imitation. Wood made revolver is not formidable weapons, even if they are not outwardly distinguishable from the present.

Where were the weapons of the Gods used

Applied “gods” vajra not only in Southeast Asia. Ancient Assyrians, Greeks were also familiar with her terrible striking power and put vajra in the hands of their gods, depicted on numerous coins. Europeans knew about vajra. In the symbol power – the royal crown can easily guess the familiar outline.

An interesting question: among a huge number of vajras, is there at least would one really belong to the once gods? Very much perhaps. According to legend, the vajra was among the gods almost household goods and was used very widely as a source energy, as a construction tool, as a means of communication and for other actions, the meaning of which is not clear to us. Could someone from “gods” forget, lose her, how we lose mobile today telephone!

You just need to understand that vajra is just part of the technical a system without which it cannot function. Unplug a mobile phone – and it will become completely useless. So that if a vajra becomes a dangerous weapon, it will not be very soon.

True, there are esoteric enthusiasts who claim to activate Vajra is possibly the psychic energy of the operator. Only so far not a single person was able to free the lurking in vajra destructive power. However, this is even for the best.