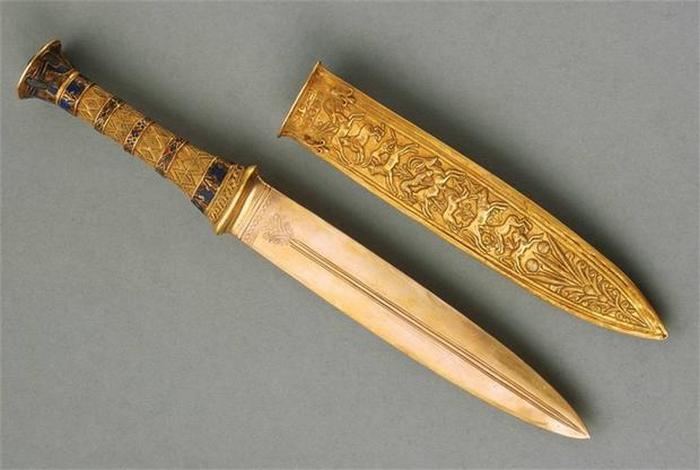 Back in 1925, a dagger was discovered in the sarcophagus of Tutankhamun, which at that time was not examined for material, from which it is made of. And recently, Italian scientists eliminated this gap in the study of an ancient find, to their surprise the metal blade turned out to be from meteorite material, i.e. unearthly origin.

Professor Francesco Porcelli of the Turin Polytechnic Institute participating in this study noted that Tutankhamun’s dagger in the form of a 35 mm iron blade was the subject of controversy from the very beginning of his discovery. The fact is that iron products used in ancient Egypt, found relatively few. At that time, according to scientists, this metal was valued more than gold. However, in the last century for some reason none of the researchers had the idea to analyze this iron.

Using x-ray it was found that the alloy from which this dagger is made, contains, in addition to iron, ten percent nickel and half a percent – cobalt. Artificially make such alloy steel was not possible at that time, so scientists suggested that the blade was made of meteorite material.

By the way, Porcelli emphasized, the Egyptian papyri says “iron that flew from heaven,” so it’s easy to assume that this blade was made of “heavenly metal.”

Tutankhamun’s dagger could “fly” from anywhere

However, on the Internet, this news caused a mixed reaction, many online paranormal researchers have suggested (and not without reason) that the dagger of Tutankhamun could fall into the Ancient Egypt, and then into the tomb of the pharaoh, in other ways, for example, having arrived, from space or even from a parallel world, already ready. Why scientists, noted one virtual archaeologist, making X-ray analysis of the blade, do not even bother to check it for subject of age, which is pretty easy today. That would could confirm the meteorite conjecture, or refute it. 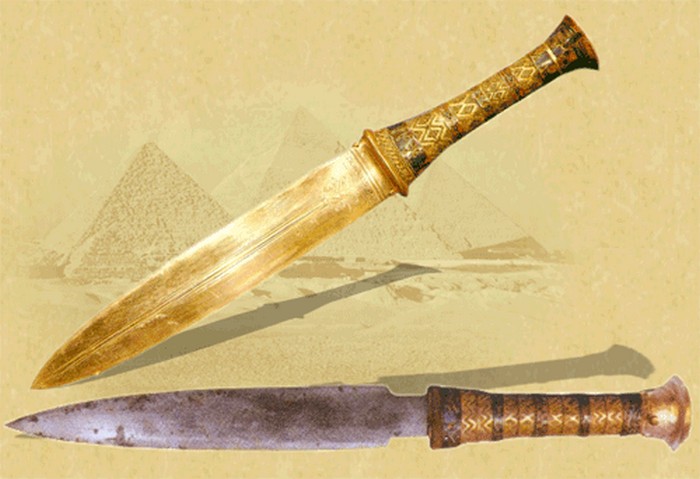 However, even if the age of the blade and the reign of Tutankhamun (1333 – 1323 BC) approximately coincide, writes another online researcher, such a dagger could leave in Ancient Egypt time traveler. There are dozens of examples. well-known facts when in ancient times they find modern Swiss watches, then sneakers, and how many similar unique finds hidden by orthodox scientists who do not want to change anything in our wretched view of the history of mankind?

At the same time, skeptics, as always, tried to reduce everything to absurdity, and therefore suggested that the blade is modern, made at the beginning of the twentieth century, and it was just planted in Tutankhamun’s tomb for the greatest confusion when its main wealth was looted (there is such a theory).