“Modern scientists – researchers of the unknown are increasingly are inclined to believe that more than 25 thousand years ago a real nuclear war between the then earthly civilization – asuras and aliens, which led to a powerful environmental disaster and a sharp change in living conditions on our planet “, – writes the magazine of the unknown FATE (“Rock”, “Fate”, USA). In 2011 The year the largest joint research project NASA experts and French scientists. Published data testify that 250 centuries ago the Earth survived global nuclear war! Over a hundred funnels found on the planet 2-3 km in diameter, among which there are two giant – in the South America (diameter 40 km) and South Africa (diameter 119 km). 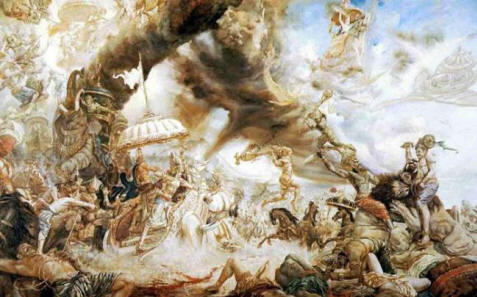