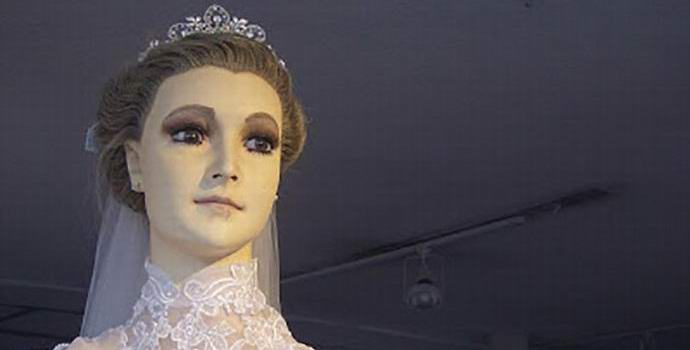 There is a bridal shop in the city of Chihuahua in northern Mexico “La Popular”, which, it would seem, is no different from hundreds thousands of similar boutiques around the world. However, the institution has one distinguishing feature that provided him with an unchanging mystical glory. A mysterious mannequin stands in a shop window. named after La Pasqualita, made in the form of a young pretty women.

A glimpse is enough to realize that it is not one of the faceless plastic stampings with which everyone is clogged today shopping centers. The mannequin is definitely old, while his The realistic look is simply amazing. Eyes with capillaries, wrinkles, natural hair and yellowed nails make it look like a wax figure from Madame Tussauds, but certainly not the usual a doll to demonstrate clothes. 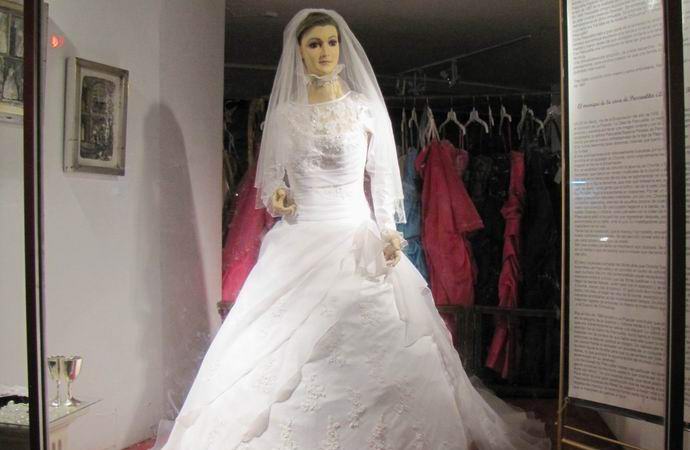 The appearance of the mannequin

La Pasqualita appeared here on March 25, 1930. She was dressed in a spring wedding dress and summoned an unprecedented excitement. Passers-by stopped near the store, unable to calmly walk past an amazing product. Mexicans it seemed that it was not a mannequin, but motionlessly frozen a woman with lively eyes on a dreamily detached face and blush on delicate skin. 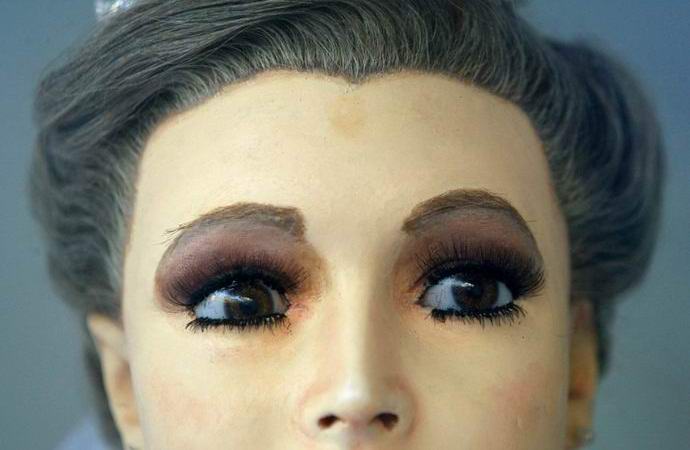 For eighty-five years now, on a doll twice a week a new robe appears. Moreover, none of the inhabitants have seen how to dress a mannequin, although, naturally, there were those who tried to trace this process or find out at least something store workers. Useless…

A terrible guess of the townspeople

Some time after the appearance of La Pasqualita, the townspeople suspected something was wrong. The mannequin very much resembled the owner’s daughter institutions that on the eve of departed into another world. The girl was preparing for wedding, however, she was allegedly bitten by a poisonous spider, and she died. Chihuahua residents began to look closely at the doll and all more convinced that she is incredibly similar to deceased. 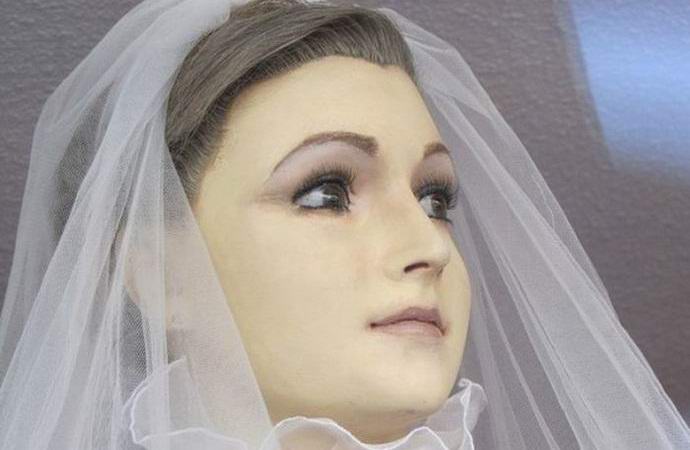 Then rumors spread that the heartbroken parents of the ex-bride refused to bury her and instead mummified her daughter, moreover did this not without the help of black magic.

It’s easy to guess that many citizens were not happy that on the main street of Chihuahua is generally visible human corpse. The inhabitants began to express to the owner of the store and his wife disapproval. Spouses denied everything and even had to officially declare that La Pasqualita is skillful mannequin and nothing more. 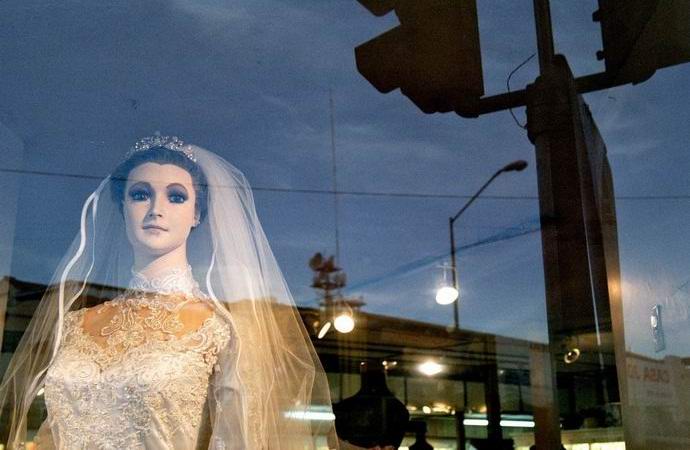 At one time, local police under pressure from the public conducted an audit, but she didn’t give anything: the townspeople were dryly informed that the mannequin consists of wax and plastic. However, many the townsfolk felt that the store owner or escaped with a bribe, or in all this lies some kind of devilry.

The popularity and mystical mystery of La Pasqualita

Despite all the excuses and numerous checks, the secret remained a mystery, and rumors of a deceased acting as mannequin continued to spread at tremendous speed. Naturally, the number of curious, noses pressed to the glass Showcases grew exponentially. They began to say that the doll is able to blink, cry and even change the inclination of the head and body position. 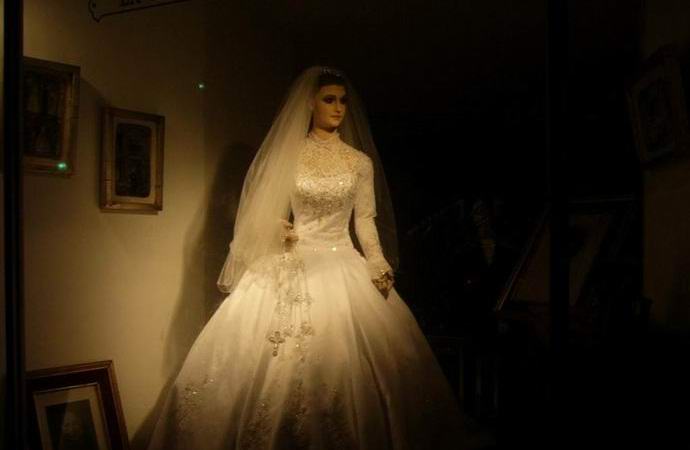 La Pasqualita has become a local attraction – not a single a tourist visiting a city does not deny himself the pleasure of seeing unique mannequin. Only for this they come here every year Thousands of travelers from Europe and America.

Of course, over time, entire generations of employees have changed the store. But the current staff do not know whether this is really the mummy, however, having the opportunity to carefully examine the mannequin, many sellers claim that maybe a creepy legend is the truth. The hands of La Pasqualita are no different from human: on these are layered cuticle nails, believable skin folds and even vessels appear. Moreover, on the legs of the mannequin, you can consider varicose veins. 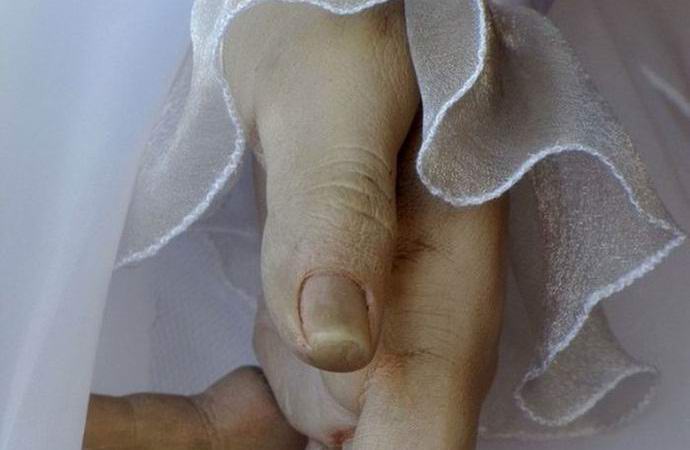 In addition, none of the store employees knows how they change the doll, and especially – as the current owners of the salon the wedding dress manages to keep legends because so that their dispel, it is enough to make an x-ray of the mannequin. But its somehow no one does, and therefore modern legends are already being born, because the mysterious doll does not allow this, and what is generally real the owner of “La Popular” is she …

Something similar formed the basis of a little-known Soviet film horror “Mr. designer”, in which he played a major role truly mystical actor Victor Avilov. We offer to see this horror movie is a continuation of this mysterious topic.