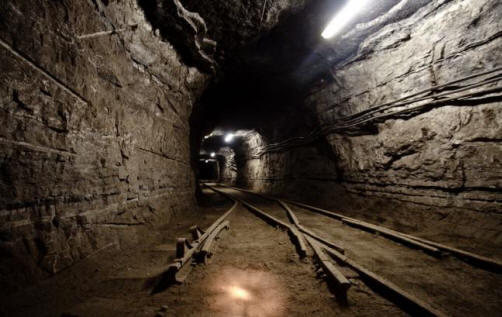 It is widely believed among researchers that almost everything caves, mines, crevices and deep depressions are abnormal in places. People encounter ghosts in them and hear strange sounds. It has long been noted that abnormal sounds in caves and mines appear during some work. Often these sounds repeat or imitate those produced by workers. In the Lechuguilla Cave – state New Mexico – in 1998, workers engaged in the arrangement of one from cave halls for visiting by tourists. Mainly, demolished stalagmites and other formations on the floor, interfering with the passage. About an hour after the start of work, people heard the same sounds that they made, but coming from under the ground. At first they thought that there was another underground hall, even larger sizes, under the dome of which the sounds of work echo. However studies have shown that no voids underground in this place not. Strange sounds at first for sure, with just a second delay, copied the roar of hammers and saws. Then they began to change. On the one hammer blow made by the worker, the bowels of the earth answered with two, three, or even several similarly muffled blows. Abnormal sounds were recorded on tape. But experts who they were studied, they did not find anything strange in them. According to their conclusion, these were the usual sounds made by mining equipment … An abnormal sound was demonstrated by an experienced caver a group of newcomers whom he drove through the Kungur cave in the South Ural. Walking through the cave, he stopped at times and was accepted hammering on the wall. In one place they heard muffled knocking sounded somewhere outside the walls. At first they repeated like an echo, the knock of a caver, but then they began to reproduce not a knock, but some metal clang, as if in the underground bowels hit Anvil is a huge hammer. Soon this response sound is no longer correlated with knocks made by man. It seemed like some mechanism turned on. Something similar in this and others Ural (and not only Ural) caves are often noticed. These frightening sounds make an eerie impression not only on beginner cavers, but also for experienced people. Elusive Tomminokers The phenomenon of abnormal sounds is well known to miners. FROM long time ago in their environment the belief that mines live in mines some supernatural beings. In Germany they are called kobolds, in England – by knockers, in the USA – by tomminokers. Kobolds – spirits that are evil and unfriendly to people, they are guilty of collapses, explosions and flooding. But knockers and tomminokers to people more often neutral, sometimes help, but love and joke, moreover, their jokes often evil. Tomminockers from Stephen King’s novel 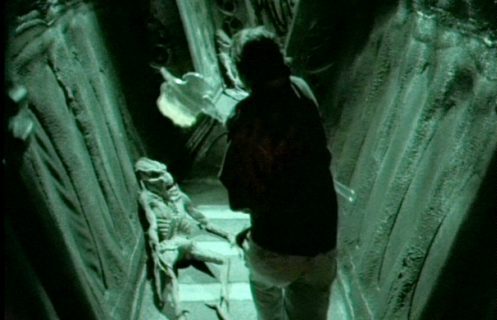 A photo from open sources of the Creature, these tirelessly work at the bottom of the mine or beyond its walls, producing the same sounds as miners. They say that sometimes the sounds of invisibility are heard right in front of working miner, as if someone is breaking through to meet him. It seems that a little more, another half an hour of work as a kyle or a jack hammer – and the rock wall separating both tunnels will break, the tunnels will connect and the workers will see each other. But time passes and the response knock begins to move away, it becomes duller. Miners They don’t like such places and try their best to appease the spirits, who are believed to work here: leaving, leave them some food. Auditory hallucinations? Phenomena Associated with mysterious sounds occurred in the mines of Russia. In 1947 at the Severnaya mine in Kemerovo, miners began to hear strange sounds behind the walls. It was as if someone was working as a Kyle there. But for the walls could not be anything but a breed! 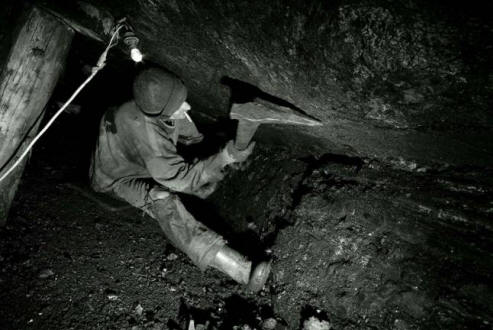 A photo from open sources I must say that shortly before these events a large landslide occurred in the mine, killing over fifty miners. Therefore, strange sounds were immediately connected with the souls of the dead. Most workers were prisoners. Many of them, scared sinister phenomena, refused to go down into the mine, preferring work arrest. A detachment of armed guards descended into the mine. They are also heard frightening sounds and even shot in their direction, but those who produced them were not seen. Scientists usually explain similar incidents with hallucinations – visual and auditory. Them cause in people darkness, silence and a sense of isolation from the external of the world. There is a version that hallucinations in caves and mines are caused some kind of radiation originating in the depths of the earth. However hallucinations in caves, and especially in mines, are far from all and not always. Besides hallucinations, whatever they are called, you can’t record on a tape recorder, but meanwhile the sounds of “work” Tomminokers, as a rule, fit well on the film. Apparently to explain such mysterious phenomena modern scientific methods are not good. It requires a radically new scientific paradigm, a new quality of all natural sciences. Hopefully already in the current, XXI century, this paradigm will be developed and proven. So, they will reveal the ominous secret of Tomminokers.