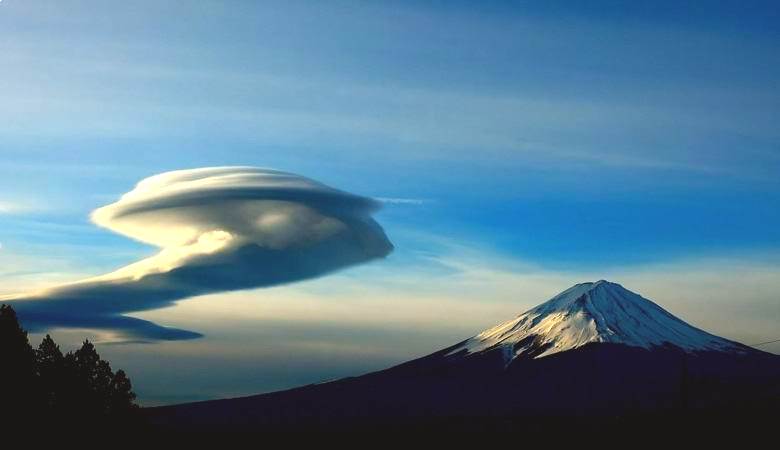 The video below was received on the 10th of the current of the month with a webcam watching the Japanese stratovolcano of Fuji on the island of Honshu. A huge cloud of unusual even shape formed near the mountain and swirling high in the sky, shimmering in the sun.

First, it had the shape of a saucer, then gradually acquired the appearance of a kind of bell. Some ufologists and netizens seriously considered that we are talking about a “flying saucer” aliens, mimicking condensation of water vapor in the earth atmosphere.

However, regulars on the World Wide Web who disagree with the theory of the alien origin of such an object, claim that it was still a rather rare lenticular or a lenticular cloud hovering between two layers of air or on crests of lee waves.

A characteristic feature of lenticular clouds is their stillness, even if the wind is very strong. They are usually arise from the leeward side of mountain peaks at a height of 2-15 kilometers. Because of the unusual shape, they are really often quite take for “flying saucers” aliens or for some other miracle.