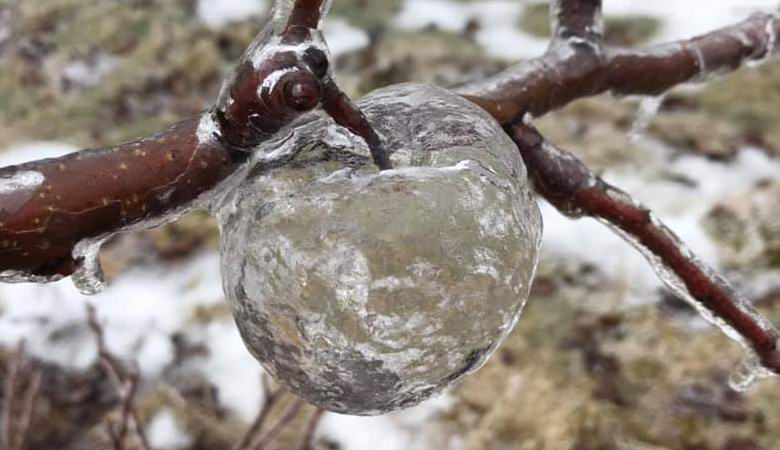 Bizarre photos provoked a stormy reaction of regulars of the resource and scattered around other sites, perplexing people and at the same time a delight. Where did they appear on the branches of fruit trees are these transparent, hollow balls inside? Why they have a distinct apple shape? 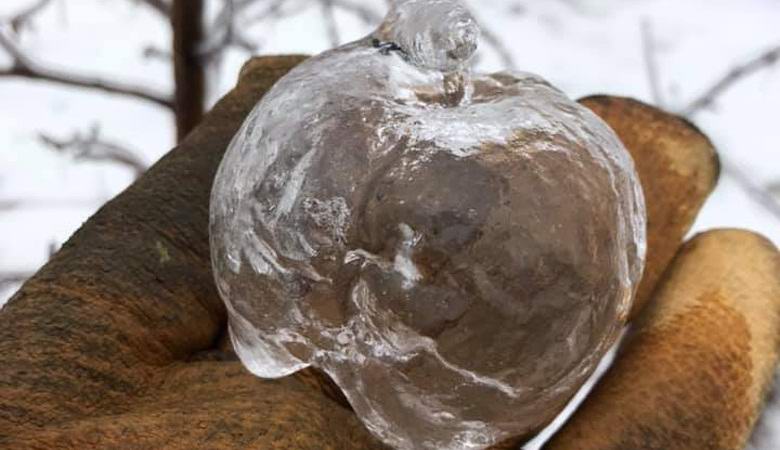 Commentators have put forward a few versions. Some say that intriguing ice was created by someone artificially, for example, by aliens. According to others, this is not ice, but plastic or jelly, some kind of artistic decoration. Still others felt that the American captured on camera mystical “ghost apples” that will not melt from warm weather, but just like that, for example, from human curiosity. Or hang as long as they need, so that people believe in it is a divine miracle. 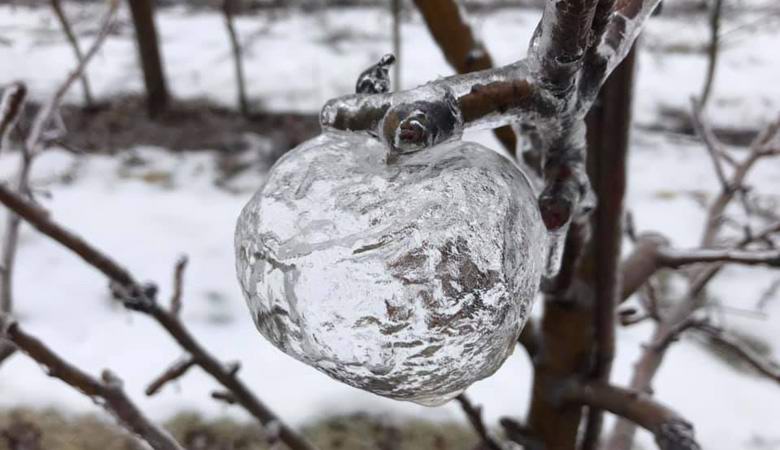 A very simple and convincing explanation for what happened gave himself the author of the pictures. According to him, the cause of the unusual phenomenon became abnormal frosts established this year in the northeast USA. Andrew says that it rained a couple of days ago, covered with “glaze” of pure ice all around, including last year’s uncleaned apples on the trees. Fruit fast turned into porridge and flowed out of a transparent shell, leaving it hanging on branches, which is why it turned out so surreal picture.