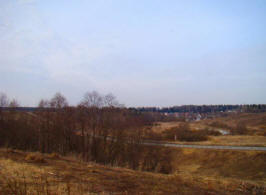 Glade behind the village of Rakhmanovo, in the Pushkin district of Moscow area – a legendary place. According to legend, in the 13th century, Russians warriors tightly stood here before the hordes of the Golden Horde. Still here archaeologists find here fragments of ancient weapons, and the local the population hears eerie sounds.

In appearance it is an unremarkable field by the road. But as soon as night descends to earth, the incredible begins to happen. 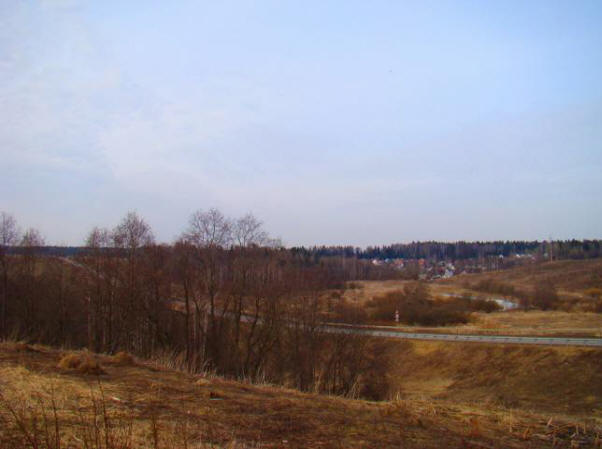 – My friend and I returned from the train station late in the evening, – said a resident of Rakhmanovo Sergey Zvyagin. – We go across the field and suddenly we hear the sound of hooves. Yes, as if a herd was approaching us. We are around – there is nobody. Then everything calmed down, and after five minutes voices rang out. But we did not make out a single word – a continuous rumble. The next morning they told about all the neighbors. Grandma Nyura doesn’t even surprised: this, he says, happens every night.

They do not like those places and mushroom pickers. They say the forest is dense – it happened people strayed for several days. And the trees there are strange: trunks bent, and the bark with them flaps rags.

– Above this glade often luminous balls appear, – continues Sergey. – At first it seems like a star falls, but then it approaches and freezes. Old people say it’s a UFO, but it seems to me – ghost. In the winter of 2012, he came to Rakhmanovo with an expedition tourist club “SV-Search”. The guys set up a campground set up the equipment, prepared cameras and began to wait.

– It all started unexpectedly: the clatter of hooves, screams, the sound of metal, as if someone is fighting with swords, – recalls a member of the expedition Vera Kolodkina. – A terrible feeling. Men with flashlights went to forest, but did not see anyone. When everything calmed down, we lit a fire and began to revise the pictures: many caught in the lens glowing balls over the field. In the morning I needed to move to the forest. Went for tree, but I can’t find the way back. I see my fire, and go to it doesn’t work out – I wandered around for an hour and a half. Call for help but no one responded. I was completely exhausted, sat down under a tree and burst into tears. They found me only when it dawned.

– Similar anomalous phenomena are found everywhere in Pushkin the area – from the village of Golygino to Sofrino. Strange sounds that local people hear in the meadow, called chrono-mirages – temporary distortions of space from the past. Numerous expeditions spotted there and a translucent cloud that appeared above the forest array after midnight.

This is not smoke and not fog – rather, the restless souls of those who died there warriors. It is proved that any object has an information field – all events are recorded on it, like on a magnetic tape. IN Rakhmanov once passed a bloody battle, and, finding himself in this place, people hear a projection from the past: the clatter of hooves, screams, ringing weapons.

In the world of esotericism there is such a thing – “witch circles.” Mushroom pickers stumble upon a clearing with chanterelles, then with saffron mushrooms, honey mushrooms and As a result, they wander for hours without finding a way out. It used to be that thus the witches marked the lawns where they arranged at night Hulbs. But scientists explain this in their own way: physiologically, many of us have one foot several millimeters larger than the other, and the step is longer, which makes you spin in place. Here such a prosaic version.