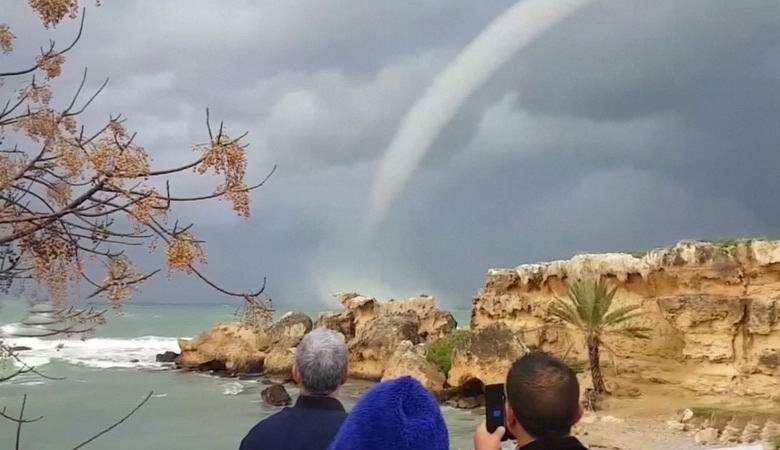 On the first day of the new year off the northern coast of Cyprus an amazing natural phenomenon was observed. Tuesday, January 1 residents and visitors of the city of Kyrenia unexpectedly witnessed the emergence of a huge tornado in the Mediterranean Sea, rising in an arc straight to heaven. By including the following video recording, you can see this giant white funnel yourself, “floating” along the coast and connecting the ocean with the sky.

It is reported that an unusual tornado formed in stormy weather and walked near the city without harming anyone. However aquatic the tornado gathered a lot of curious people who set aside their daily routine to watch the whirlwind. As a result, a funnel safely “dissolved” in the air, and those eyewitnesses who was lucky to capture a rare phenomenon on smartphone cameras, began to upload the received materials to the Network.

This unusual tornado is an air-water vortex, formed over the surfaces of large bodies of water. Unlike ordinary tornado, it is short-lived and “lives” no more than half an hour, and in addition, it may occur without accompaniment of a hurricane wind. Most often this atmospheric phenomenon occurs in tropical latitudes, however, sometimes such funnels appear in areas The Mediterranean, off the British Isles, over lakes and rivers.