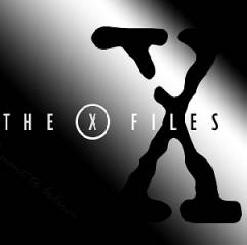 Mysteries of the past often cannot remain in the past and continue to live in the modern world. For example, the secret of the pass Dyatlov, in which in 1959 under mysterious circumstances killed a group of 9 tourists-skiers. They write about this secret of the past books, make films, argue and put forward versions of how they could 9 people die at once. For example, the director of the movie “Mystery Dyatlov Pass “put forward the theory that Dyatlovites were killed Soviet military experimenting with teleporting a person. Not less, most opinions nevertheless remain on the side of the abnormal version of the death of tourists on the Dyatlov pass. There are many options: UFO, Bigfoot, ghosts of the past … But the essence of all theories is the same – the death of the Dyatlov group of tourists was not the work of human hands. Where do the roots of all these theories come from? Maybe Dyatlovites immediately made a mistake going to where you should not go? Ridge Belt The stone on which is Mount Kholatchahl and other “bad” the peak – Otorten, is known among the Mansi people as a place in which better not to walk. The name Otorten is translated – “Do not go there, “and the word Holutchahl means” Mountain of the Dead. “On the pass between these mountains and another nameless peak in 1959 9 tourists of the Dyatlov group were killed. About how the name of the Mountain appeared Dead, the Mansi people have a legend that is transmitted from generation to generation. The legend says about the global flood, which happened 13 thousand years ago. Waves covered the whole earth all people died, except for 11 representatives of the Mansi people. 11 people climbed to the top of Mount Holutchahl, hoping that they will succeed to be saved. But the waves carried one victim after another, until the living only two remained – a man and a woman. Then the water started retreat, and the surviving couple came down and after some time again revived the Mansi tribe. And the mountain has since been called the Mountain of the Dead, mountain of death. Interestingly, the Mountain of the Dead took exactly 9 lives – as then, in 1959, when the Dyatlov group died. Mansi consider this number symbolic, signifying the end of the old life and beginning of a new one. It is said that after the flood, Mansi shamans regularly sacrifices were made at Holutchahl – 9 living creatures at a time. But apparently, the stern god of these places was more to the taste of people. Therefore, those who believe in the mystical version of the death of the Dyatlov group, believe that the dead once Mansi took with them the Soviet tourists – like every dead. By the way, the band members Dyatlova – not the only dead on the slopes of the Mountain of the Dead. Total over the past 100 years, 27 corpses have been found on Holatchahl, despite that this place is one of the most visited by tourists in Of Russia. In three plane crashes of 1960-61 over the Dyatlov pass 9 geologists die. In February 1961, in the same place, near Holutchahl, they discovered the corpses of 9 tourists from Leningrad. And already in 2003 over the Mountain Dead helicopter crashed with 9 passengers. People survived by a miracle. what is this place? Anomalous zone? Or Soviet secret base military, on which experiments were carried out on people, as I tried convey in his film “The Secret of the Dyatlov Pass” directed by Rennie Harlin? Mystery researchers from around the world will search for a long time answer to this riddle.