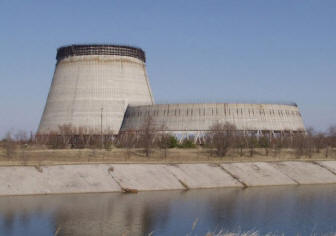 Ecologists have shown that increased levels of background radiation in the area of ​​the Chernobyl nuclear power plant not only does not harm birds, but, on the contrary, positively affects their health. This means that organisms in the wild are able to successfully adapt to the consequences leakage of radioactive substances. Results of a study American scientists from the University of South Carolina published in Functional Ecology Magazine. It is believed that ionizing radiation that is released during the decay of radionuclides, negatively affects the health of living things. In particular, they the level of antioxidants in the tissues decreases, and the number also increases DNA damage. However, the authors of the article showed that this is the case. in the opposite way. The authors of the article in 2010 caught the birds in 8 points located within the exclusion zone of the Chernobyl NPP or close to its borders. In total, over the hands of scientists have passed more 150 birds of 16 species. Researchers took samples from all individuals. blood and feathers. At all points using a portable dosimeter was measured background radiation level. It turned out that in the body of birds, living in the most radioactive areas, there is an increased concentration of glutathione, one of the main antioxidants, protecting the cell from free radicals. Also standard methodology for assessing the state of genetic material (electrophoresis of cell nuclei), showed – in birds from the exclusion zone DNA is less damaged than their counterparts that do not collide with increased radiation. The only exception is birds with high content of pheomelanin in feathers (pigment responsible for red and red in color). Because pheomelanin produced from glutathione, other things being equal in these birds there was a decrease in the level of antioxidants, and their DNA more often turned out to be damaged. The discovery proves that birds can adapt successfully to life in contaminated areas radioactive substances. As they transmit their adaptations through inheritance, in areas with increased radiation gradually formed mutagenic resistant populations of ionizing radiation.