The most famous cursed cities were Sodom and Gomorrah, obliterated by heavenly forces. But not only these cities suffered such a fate. The city of Port Royal in Jamaica entered history as a “pirate nest”. In the 17th century, Port Royal became the most the rich city of America. But it finally transformed into the nest of vice. Three quarters of its inhabitants engaged in privateering or piracy. And almost the entire female population was whores, gratifying the “gentlemen of fortune.” The city administration was riddled with corruption and was the main reseller looted goods. Something Port Royal resembled the current Las Vegas. It was a holiday city, where neither day nor night violent pirate fun ceased. Booze and dice in port taverns continued until the sailors rang coins in pockets. Captive pirate songs, fights, screeching whores -were the embodiment of the concept of “coastal brotherhood” of rest after bloody sea battles. 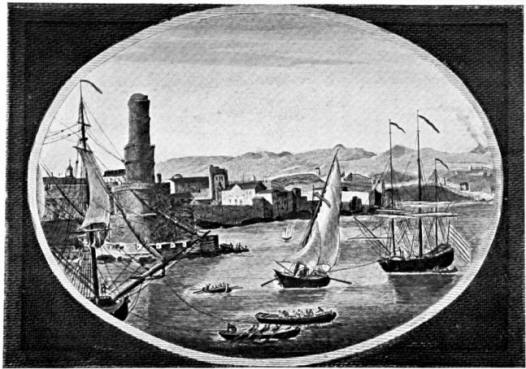 Photo from Open Source Port Royal Welfare Based On pirate robberies and violence, on the most vile vices and on slave trade. This city has become one of the world centers slave trade. But whether God is tired of looking from heaven to this center vice, or unfortunate slaves, resorting to voodoo magic, sent to this city is cruel punishment. But June 7, 1692 of this city virtually gone. Around noon, all natural elements at once hit the Port Royal. Almost simultaneously, city buildings began to crumble from a powerful earthquake, and to the harbor the tsunami struck, washing away houses and inhabitants in the sea and sunk about 50 ships. And then hell at all began. 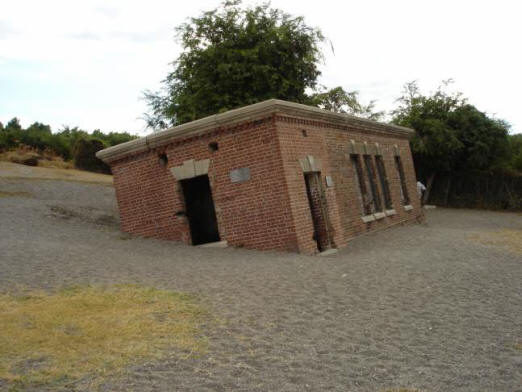 Photo from open source Port Royal table on a 16-kilometer sandy braid. The sand beneath the city became liquid and turned into quicksand, drawing people into itself, like some kind of underground monster. But also it became worse when the sand suddenly began to dry sharply. Those who are gone in the sand, chest or throat, were shackled hand and foot. The sand strangled them, but the heads of the unfortunate few days stuck from sand, and stray dogs nibbled them. Two thirds died The city’s population, 1800 buildings of two thousand were destroyed. Among those who went down the sand in the throat turned out to be the rich merchant Goldie. In vain he appealed to the people who ran by for help, promising for her give all your wealth. In the chaos reigning around, people forgot about gold, and about nobility. Each corny saved his own life. Goldie was already desperate and prepared for death, when suddenly the underground a stream of water pushed it out like a cork. God saved him life, but swallowed in the abyss of his tavern, shop and mansion. EUROPEAN TRAGEDY A devastating earthquake in Many attributed Lisbon to God’s punishment. Only incomprehensible punishment to whom. Whether the Jesuits who mercilessly burned the Portuguese on bonfires of the Inquisition. Whether to the king who promised “new Christians “protect them from the Inquisition if they give him 1250 thousand crusades for the construction of 36 galleons, and then robbed and deceived them. Either the first Minister Marquis de Pombal, who limited church rights. 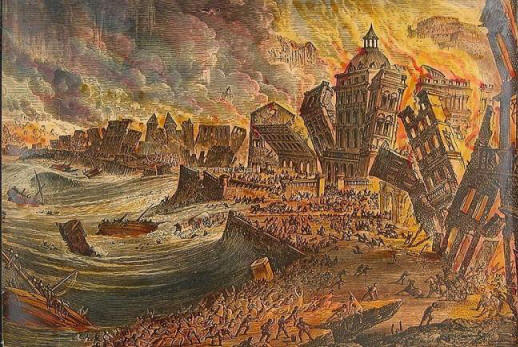 Photo from open source symbolic that the earthquake in Lisbon happened on November 1, 1755 – the day of All Saints. To the city huge waves crashed in one instant, destroying three quarters of all buildings. Thousands of people who arrived early for worship were buried in collapsed churches. Survivors sought salvation in the open place and rushed to the harbor, where there was a large open area. But instead of salvation, they found death there. Huge waves they rolled onto the harbor and carried away to the sea the people there. The earthquake lasted no more than a quarter of an hour, but during that time managed to take the lives of about 100 thousand people. It has become the most devastating natural disaster in Europe. TROUBLE CALLED Voodoo Of the recent natural disasters that associated with God’s punishment to cursed cities, above all I recall the earthquake that occurred on January 12, 2010, which actually destroyed Port-au-Prince, claimed 300 thousand human lives and turned life in Haiti into hell. 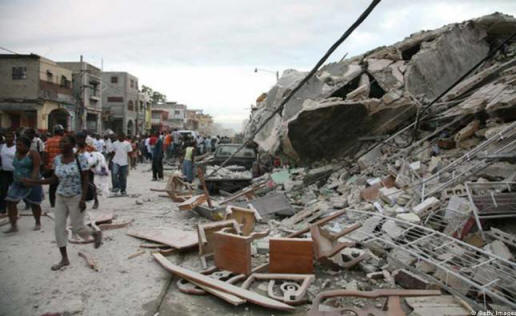 Photo from open sources It seems that the curse of Haiti lurks in the voodoo religion, a commitment to which the locals They called upon themselves the punishment of heaven. The ancestors of the Haitians were slaves, part from local residents, but mainly from among those brought from Africa, with which the Spanish and French colonialists treated very cruel. Over time, the worship of local and visiting slaves intertwined and formed a new cult, known as voodoo. The French tried with executions and torture to fight with his adherents, practicing sacrifices, cannibalism, and revitalization the dead, but nothing helped. August 14, 1791 a great the number of Haitians secretly gathered in the town of Bois Cayman for voodoo religious rite. They say that his goal was deal with the devil – the Haitians gave him their souls, and the prince of darkness helped them find freedom. And then the Haitians went to cut their white masters. And they didn’t calm down until they cut everyone out. The curse of the island was first manifested in the fact that, by expelling the whites colonialists, Haitians have never been able to find happiness under management of their black rulers. Particularly tragic period call the time of the reign of father and son Duvalier in the second half of XX century. And then this curse turned into a terrible earthquake in 2010 year. Port-au-Prince turned into ruins, among which hosted by gangs of looters. Survivors run wild before our eyes, entering a fight for bread and water, which was not enough for everyone. Police too forgot about humanity, she shot looters without trial and the consequences. However, looting is not the only trouble of Haiti. Organized crime representatives abducted from orphan hospitals and sell them to organs. But the worst will come if the predictions of voodoo sorcerers come true – the dead, buried without religious rites, they will rise from common graves, and zombies will captivate Port au Prince. Oleg LOGINOV “Anomalous News” December 2013